The grand finale of Bigg Boss Tamil: Season 4 will be aired today (January 17) evening from 6 PM and it will be a 6 hour long episode. A lot of surprises have been planned for the audience and the entire social media is already abuzz about it. This six-hour long episode will also witness special dance performances from the evicted contestants like Samyuktha, Archana, and others, while Aajeedh will also be delivering a musical performance. Meanwhile, there is another exciting update that has made the fans look forward to the show. Three main stars from the previous season of Bigg Boss Tamil - Mugen Rao, Kavin, and Sherin would be seen in the show and all three of them have taken part in the program.

Kavin and Sherin confirmed the news through their respective Instagram stories and it has made their fans excited. Mugen was the title winner of last season, while Sherin was one of the runner-ups. Kavin had walked out of the show with the cash money, similar to how Gabriella walked out this season. All three of them - Kavin, Sherin, and Mugen have earned a phenomenal fan base after their participation in Bigg Boss and it is going to be nostalgic for their fans to see them back again on the same sets. Kavin’s name has already been trending on Twitter. Mugen is expected to talk about his debut Tamil movie, Vetri (directed by Anjana), while talking to Kamal Haasan.

It is said that the three former contestants would go inside the Bigg Boss house to bring out the three finalists. If reports are to be believed, Som will be brought out by Mugen Rao, while Ramya Pandian (third runner-up) and Rio Raj (second runner-up) would be accompanied by Sherin and Kavin respectively. The final remaining two - Aari and Balaji Murugadoss will be brought out by the show’s host, Ulaganayagan Kamal Haasan. With so many exciting things lined up, we can be sure that tonight’s finale episode of Bigg Boss Tamil is going to attract a record-breaking viewership.

This fourth season of Bigg Boss Tamil has turned out to be an immense success, despite the mixed reviews. The show managed to grab the audience’s attention and the makers need to be applauded for executing the show amidst the pandemic. Get ready to witness Kavin, Mugen, and Sherin in tonight’s episode of Bigg Boss Tamil! 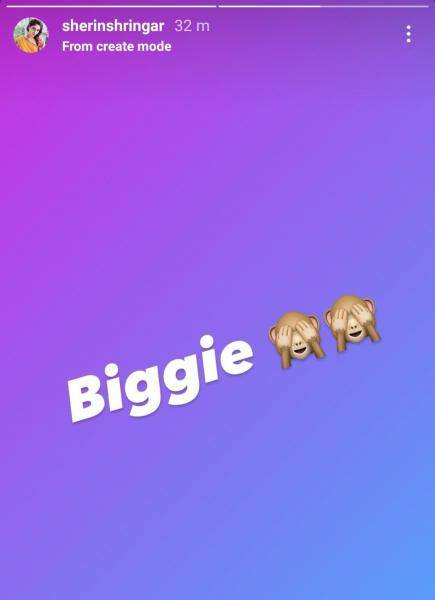