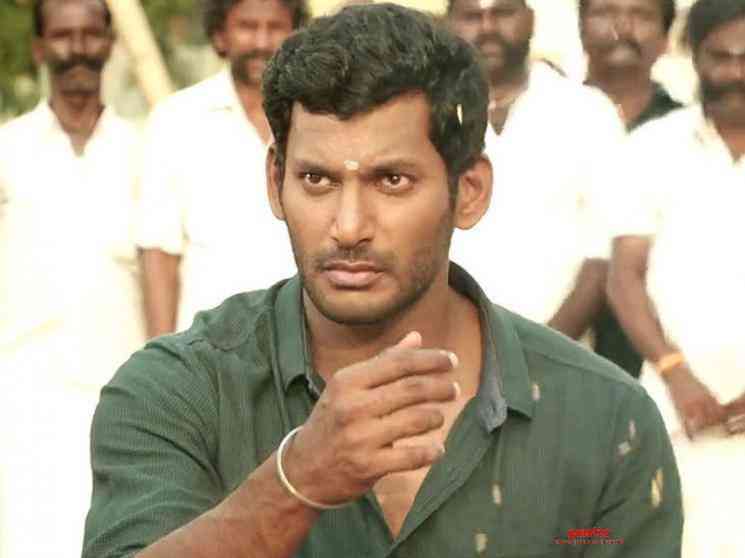 Actor-producer Vishal has been ordered by the Madras High Court on Thursday to pay Rs. 50 lakhs he had earlier received from film financier Vijay Kothari. The court's judgment states that Vishal is to pay the Rs. 50 lakhs he had borrowed from Vijay Kothari for the shoot of Sandakozhi 2. Vijay Kothari had earlier filed a case in the court with the demand that Vishal pay him back the Rs. 50 lakhs he had granted before the release of his upcoming film Chakra. In its judgment, the court said, "This suit has been filed by the plaintiff under Order XXXVII, Rule 1 & 2 of CPC r/w Or.IV R.1 of O.S Rules, directing the defendants to pay a sum of Rs.50,00,000/- together with interest at the rate of 24% p.a from the date of plaint till the date of realization within the time fixed by this court and for costs."

Featuring music by Yuvan Shankar Raja, Sandakozhi 2 was Vishal's 25th film and released in 2018 under Lingusamy's direction, while managing an average response at the box office. Produced by Vishal under his Vishal Film Factory banner in association with Pen Studios, with the distribution done by Lyca Productions and Screen Scene, the action film was the spinoff sequel to the 2005 blockbuster Sandakozhi. Unlike the original film which had Meera Jasmine as the female lead, Sandakozhi 2 had Keerthy Suresh as the heroine and Varalaxmi Sarathkumar playing the antagonist, with veteran actor Rajkiran reprising his role as Durai Ayya.

Vishal is currently shooting his upcoming action thriller film Enemy opposite Super Deluxe fame Mirnalini Ravi, with Arya playing the antagonist under Iru Mugan fame Anand Shankar's direction. A major schedule for Enemy was wrapped up at the Ramoji Film City in Hyderabad sometime back, with the film's look poster featuring Vishal holding an advanced artillery machine gun getting a tremendous response. Likewise, the actor is also awaiting the release of his Chakra, which as well has been produced under the Vishal Film Factory banner and marks the directorial debut of MS Anandan. The film with music by Yuvan Shankar Raja will see Shraddha Srinath as the female lead, with Srusthi Dange cast in a pivotal role and Regina Cassandra speculated to be playing the antagonist. In addition, Vishal is also making his directorial debut with Thupparivaalan 2, which has him reprising his character Kaniyan Poongundran alongside Prasanna as Manohar, with music by 'Isaignani' Ilaiyaraaja.