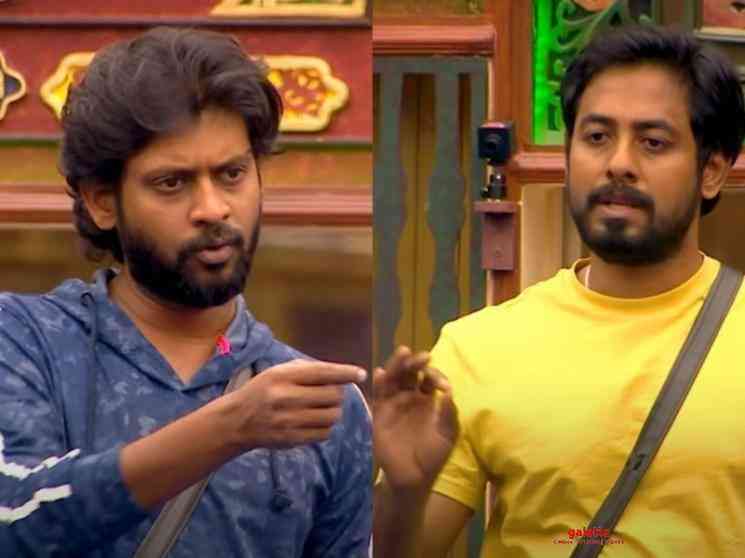 The fourth season of the hit Tamil reality TV show Bigg Boss is nearing the end of its third month, with the reality show also drawing closer to the finish line altogether as only a few weeks  now remain. Actor-politician 'Ulaganayagan' Kamal Haasan is serving as the host once again, with nine contestants getting evicted from the show so far among whom include Samyuktha Karthik, Rekha Harris, Velmurugan, Suresh Chakravarthy, Jithan Ramesh, Sanam Shetty, Aranthangi Nisha and the wildcard entrants Suchithra and Archana. As of now, the contestants battling it out are Balaji Murugadoss, Gabriella Charlton, Aari, Rio Raj,Ramya Pandian, Anitha Sampath, Aajeedh, Shivani Narayanan and Som Shekhar.

Bigg Boss Tamil season 4 is now in its 81st day, with the contestants over the past couple of days participating in the 'Ball Catch' task, which has them grabbing hold of plastic balls that get shot down via a big pipe amidst various challenges. As part of this week's Bigg Boss eviction process, five contestants have been nominated among whom include Aari, Aajeedh, Anitha, Gabriella and Shivani, with the strong chatter online suggesting either Aajeedh or Anitha will most likely be making an exit. The third Bigg Boss Tamil 4 promo for Thursday has now been released by Vijay TV and is once again focused on Aari Arjunan and Rio Raj.

We see Aari addressing the contestants and trying to convey something Rio had said earlier. Aari states that Rio said he was going through a number of issues and problems, which the latter refutes. In turn, Rio replies back saying he never said anything as such being stated by Aari and that he had as a matter of fact only told that there were "too many questions and too many arguments" surfacing. Aari then addresses the subject of groupism and says that contestants are required to play on their own and convey their stance with a sense of individuality. Rio then queries Aari why he broached the subject of groupism to which the latter responds saying the instructions handed out clearly states that all the contestants are required to play on an individual basis. Next, when Rio asserts that there is no mention of anything as such, Aari informs that players are to play on their own, which translated in English refers to groupism.