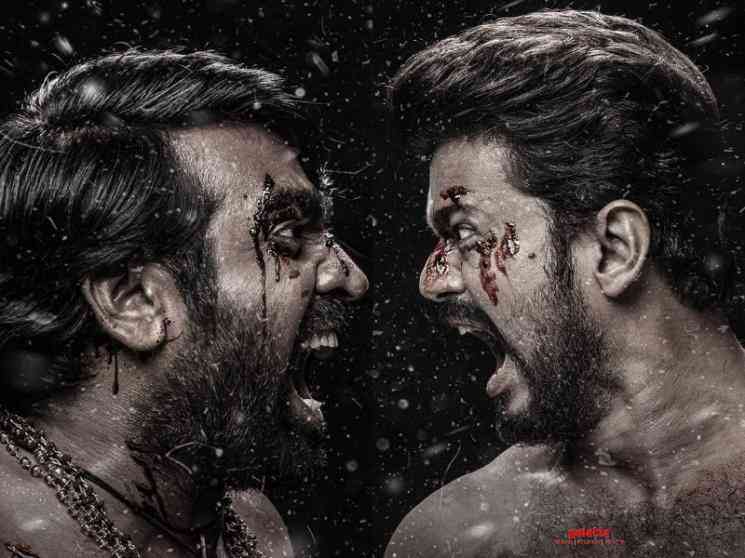 'Thalapathy' Vijay's Master has been a film that has captured the imaginations of fans right from the moment of its announcement last year and is now gearing up for a massive theatrical release as a Pongal treat in January 2021. Directed by Lokesh Kanaraj under Xavier Britto's XB Film Creators banner with chart-buster music by Anirudh Ravichander, the upcoming mass masala action entertainer also includes 'Makkal Selvan' Vijay Sethupathi as the antagonist, with an electrifying teaser released this Diwali giving us the first visuals of the showdown between the two superstars. Now, reputed film publicity designer Gopi Prasannaa has taken to his Twitter page to release an illustrated fan art poster for Master featuring both Vijay and Vijay Sethupathi.

Gopi Prasanna has been treating fans over the past few years with his own take on Vijay's films posters, with the designer previously releasing special fan art works for Sarkar and Bigil prior to their theatrical release. This latest Master fan art poster has Vijay and Vijay Sethupathi in the backdrop of container trucks, which were teased in the film's teaser. We have to say that Gopi Prasannaa has indeed done justice once again with his latest work as he has brought to life both the stars on digital art as shown in the Master teaser. Check out the Master fan art poster below:

Master is carrying sky-high expectations, with theatre-owners hopeful the film will revive the Tamil film industry, which has taken a severe hit due to the coronavirus pandemic. Master, which was initially slated for an April 9 release earlier this year, has been delayed due to the COVID-19 outbreak, with Xavier Britto and Lalit Kumar in November issuing a press release stating the film will only be seeing the light of the day in theatres first. "Though we have an offer from a reputed OTT service provider, we prefer to the theatrical release, which is the need of the hour for the industry to survive the on-going crisis. We also request the theatre owners to stand with us and provide their support for reviving the Tamil Film Industry", XB Film Creators' Master press release read.

All sights are now set on the Master trailer, which is expected to be out in the days ahead. Apart from Vijay and Vijay Sethupathi, Master will see Malavika Mohanan playing the female lead, with Andrea Jeremiah, Shanthanu Bhagyaraj, Arjun Das, Gouri Kishan, Master Mahendran, KPY Dheena, Ramya Subramanian, Azhagam Perumal among others forming the supporting cast.