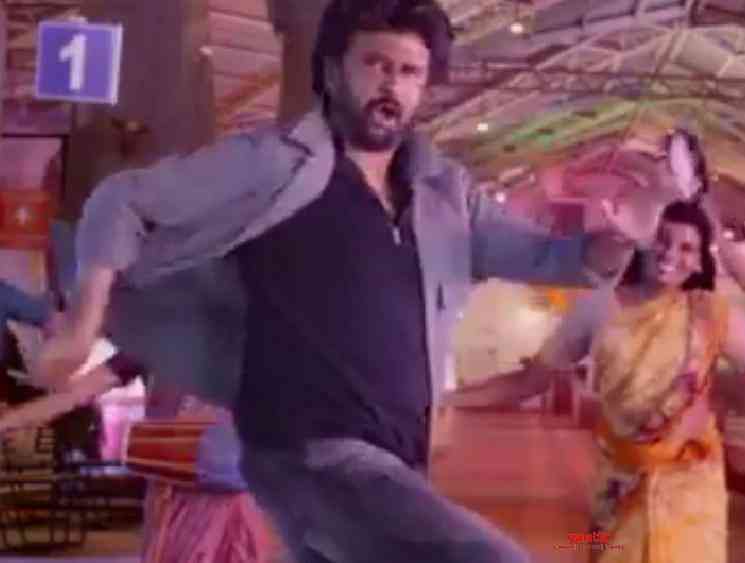 Superstar Rajinikanth’s Darbar is all set to hit the screens tomorrow (January 9) in record number of screens and the expectations for the film is on high levels. The film is directed by A.R.Murugadoss and produced by Lyca with music composed by Anirudh Ravichander. Nayanthara plays the female lead in this film that has Suniel Shetty as the antagonist alongside Prateik Babbar. Yogi Babu and Nivetha Thomas will be seen in supporting characters. With just a day away from the grand release of Darbar, the makers have been actively involved in promoting and marketing the film through various means.

On that note, a new promo video has now been released and this video is quite interesting. This is the promo of the video song ‘Kannula Thimiru’ which didn’t release officially due to copyright problems. The fans were eagerly waiting to hear the full song of ‘Kannula Thimiru’, but it looks like they will have to witness the full song only in the theatres from tomorrow. However, on a positive note, we have got a glimpse of the video song in this promo and it is completely enjoyable. We see Rajinikanth and Nivetha Thomas dancing together for the song and in between the dance, Rajini fights the local goons.

It looks like the video song will be mixed with action and dance and it is sure to make the fans go crazy. From what we see, it looks like ‘Kannula Thimiru’ will be a celebratory theatre moment. The film is shot by ace lensman Santosh Sivan while the editing is taken care by Sreekar Prasad. The promo has been released on the official YouTube channel of Lyca Productions. If you haven’t seen the promo yet, catch it here (below the images):