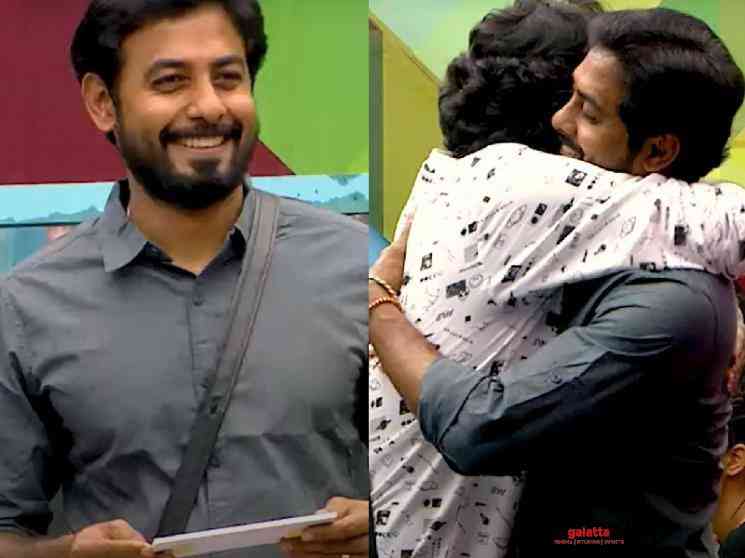 The contestants of Bigg Boss Tamil: Season 4 have been actively participating in the series of Ticket to Finale tasks and so far, six tasks have been completed. Two more tasks are expected to take place in today's (January 7) episode. In today's earlier released promo, we saw a glimpse of the seventh ticket to finale task in which Gabriella and Som Shekar seem to fight for the top spot. Bigg Boss informed the housemates that the third umpire is looking into the visuals to give the final verdict. We will know the final results of the task only in the episode. Now, Vijay TV has released the second promo for tonight's episode and in this promo, we get to see a sneak peek into the eighth task in which the housemates are asked to pick a card with a phrase and associate the wordings in the card to a person in the house.

However, the most interesting aspect of this promo is the changed behaviour of Aari. Yes! From what we see in the promo, Aari seems to take the criticism sportively and does not defend or create a problem out of it. In fact, Aari even makes a funny comment about the criticism and shares a lighter moment with the housemates. Everyone is pleasantly surprised by seeing this changeover in Aari and all of them look happy. Rio tells, "For the first time, Aari has taken a comment on a funny note and I am happy,". Rio instantly went and hugged Aari and expressed his happiness.

Ramya Pandian also felt very happy and glad about this new change in Aari. We saw Ramya Pandian sharing her thoughts about Aari's game and pinpointing his mistakes and faults during last night's episode and her words reflected well with the audience. Ramya got very good support and felt that she made sense while talking about Aari's faults. Has Aari really realized his mistake and has decided to become a changed man or is this a new strategy? Well, we will have to wait for a few more days to come to a conclusion.

All the seven housemates have been nominated for this week's eviction process and the winner of the Ticket to Finale task will escape from the danger zone. Let us see how things turn out in the next two to three days. For now, check out the newly released Bigg Boss 4 promo here:

Gouri Kishan signs her next Tamil film with Andhaghaaram star! Check Out!

Official: This young and happening heroine onboard for Dhanush's next film!