Official: This young and happening heroine onboard for Dhanush's next film! 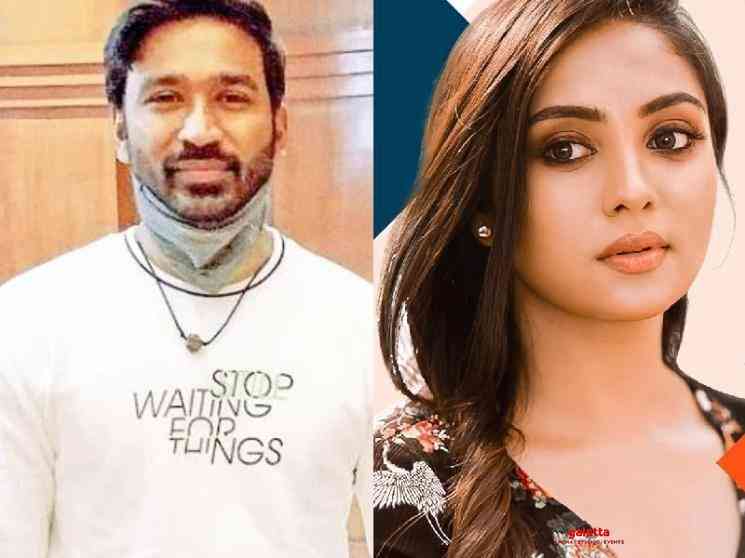 Dhanush’s next with director Karthick Naren, D43 is getting bigger and exciting with every new announcement. The makers had recently revealed that popular lyricist Vivek will make his debut as a dialogue writer and additional screenplay writer in the film and the announcement created a good buzz on social media. Following that, one more new announcement has now been made and this one is regarding the addition of a new member to the film’s star cast. Yes! The young and promising actress Smruthi Venkat has been signed onboard to play an important role in the film. Sharing her excitement about bagging the Dhanush starrer, Smruthi tweeted, “Super thrilled to work with Dhanush sir. Grateful to Karthick Naren and Sathya Jyothi Films for the opportunity. #D43”. According to reports, Smruthi will be essaying the role of Dhanush’s younger sister in the film.

For the uninformed, Smruthi Venkat garnered attention by playing one of the female leads in Arun Vijay’s critically acclaimed superhit action thriller, Thadam, directed by Magizh Thirumeni. Recently, she was seen in RJ Balaji’s debut directorial, Mookuthi Amman that featured Lady Superstar Nayanthara in the lead role. Smruthi was seen as RJ Balaji’s sister and the elder daughter of the family who took care of the household works. Her scenes created a good impact among the family audience and she will now be looking forward to continuing the momentum with D43 as well.

D43 is touted to be an action thriller that will feature Dhanush in an urban-centric role. Karthick Naren’s last outing, Mafia: Chapter 1 did not leave a great impression among the audience and let us hope that D43 brings him back on the track. Produced by TG Thyagarajan’s Sathya Jyothi Films, this untitled film features Master sensation Malavika Mohanan as the female lead and it is her third film in Tamil after Petta and Master. G.V.Prakash Kumar will be taking care of the songs and background score and his work is going to play a key role.

The rest of the cast and crew are yet to be announced and we can expect further announcements in the coming weeks. The shooting of the film is believed to begin very soon and we hear that Karthick Naren is currently busy with the final leg of pre-production works. For now, check out the official announcement regarding Smruthi Venkat’s addition to D43 cast here:

Super thrilled to work with @dhanushkraja sir. Grateful to @karthicknaren_M and @SathyaJyothi_ for the opportunity. #D43 https://t.co/NKzDwsWJEM