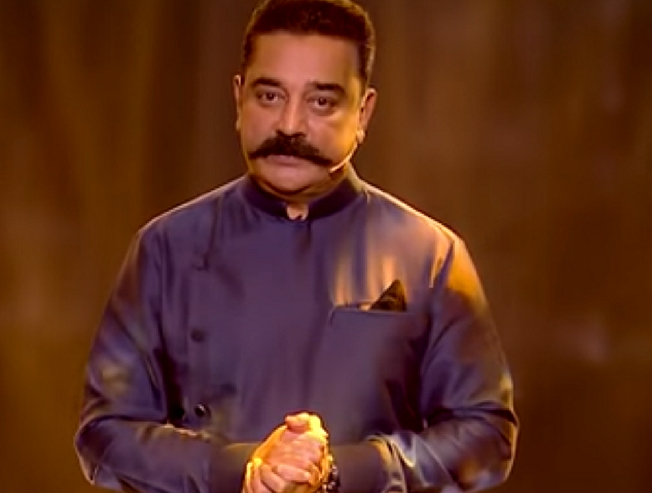 The first two seasons of Bigg Boss turned out to be a phenomenal success owning high TRP and viewership in the satellite history. This television game show has a lot of fan following, especially the household audience. The show will happen for 100 days with 15 contestants inside the house, out of which each contestant would be eliminated after every round. The show will also involve the audience in supporting or evicting a contestant from the show.

For those who have followed the first two seasons, need no introduction about the show. As like the first two seasons, the third installment will also be aired on Star Vijay channel and it will be hosted by the same Kamal Haasan. We had also earlier reported that the promo shoot of the third season happened recently with Kamal Haasan and that it was shot in Gokulam Studios.

The contestants names have also started to do the rounds and there are a lot of confusions regarding the names. The rumours will be put to rest only by the second week of June, when the show gets premiered on television. Names like Radharavi, VJ Siddhu, Chandini, Sudha Chandran, Laila, MS Bhaskar, Sakshi Agarwal, have been doing the rounds, however, nothing has been officially confirmed.

Meanwhile, Star Vijay has now come up with a tweet saying that an important announcement about Bigg Boss will be made at 2 PM this afternoon. This tweet has kept the fans excited and look forward to it. We do not know what the announcement is going to be out. Are they going to release a new promo video or is it going to be about the launch date of the third season or what else? Well, keep your fingers crossed until the next two hours. We will keep you posted.