Deepak's well-researched 'Witness', on SonyLIV, is a story about manual scavenging that's more earnest than emotional 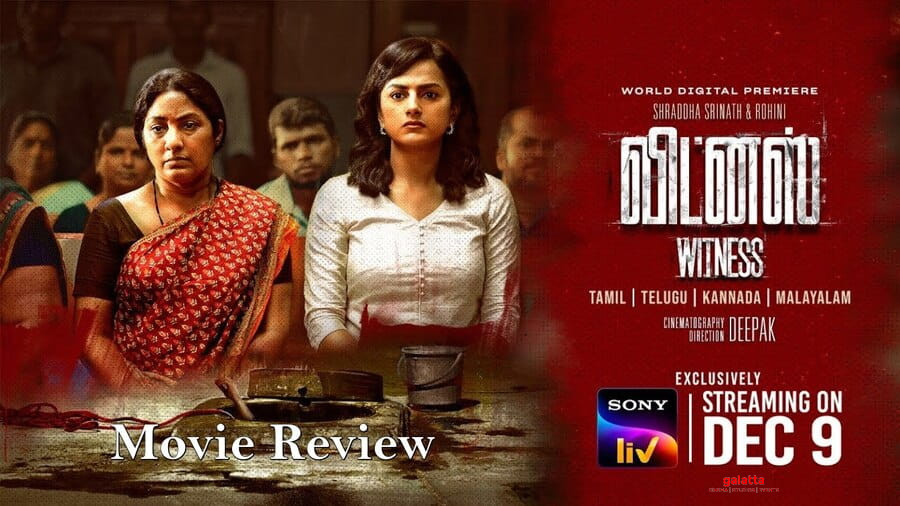 The crux of Deepak's Witness is this: a teenager can be a terrific swimmer, a lifeguard at a pool. And yet, because of his caste/community, this talent of his is seen as something that will make him a good manual scavenger. Parthiban (Thamizharasan) is that teenager. He lives with his mother Indrani, who's played by Rohini with her characteristic conviction. The screenplay places them in Semmanjeri and contrasts this locality with Adyar, where the residents of an apartment complex need their septic tank unblocked and cleaned. The other contrast is that these residents are the type who say "snanam" for a bath, and propose doing a "homam" for cleansing themselves of bad vibes and sin. The sin is the death of Parthiban. And we wonder: How did this college-going boy – this lifeguard – from Semmanjeri land up all the way in Adyar for this particular job?

The unravelling of this mystery becomes the film's tool in unravelling the complex chain of command in our cities: a judge rightly calls it "passing the buck". Deepak has done his research, and it is all up there on screen, packed in the form of a long-running court case. What was once the corporation's job – like cleaning drains, or the road-sanitation work that Indrani performs – has been farmed out to private firms. And these private firms end up exploiting people from a particular community, which is not named. But the cake for Ambedkar's birthday and the Christian rituals inform us at least about Parthiban's family – that they are Dalit Christians. Another important character is Shraddha Srinath, who plays a resident in that Adyar apartment complex. She is an architect, and she helps Indrani with the case. Unlike the others in the building, here is an upper-class woman with a conscience.

We have had some excellent films, recently, that dealt with social issues: Thamizh's Seththumaan, Gautham Ramachandran's Gargi, Franklin Jacob's Writer. These are films where the filmmaking transcended the issue, where the screenplay and craftsmanship and performances helped build a complex dramatic world around the issue. But the main weapon – and the main weakness – of Witness is its earnestness. That is certainly a good quality for a film to have, but it cannot be the only one – and for all the pluses we get in the form of information, there is the nagging feeling that so much more could have been done with the narrative and the characterisation. The Shraddha Srinath character, the way she meets Parthiban, her issues with her family – none of this is convincing. And the callousness of government agencies and the powerlessness of the layman were laid out with much more emotional impact in, say, Virumandi's Ka Pae Ranasingam. What Witness does well is to remind us that a city whose population is exploding needs to invest in civic infrastructure. That is its achievement.

Manju Warrier is the prime witness for...