Prithvi Konanur's superb 'Hadinelentu (Seventeeners)' opened the Indian Panorama section at IFFI; it's about a leaked sex tape, and is a scalpel-sharp dissection of caste 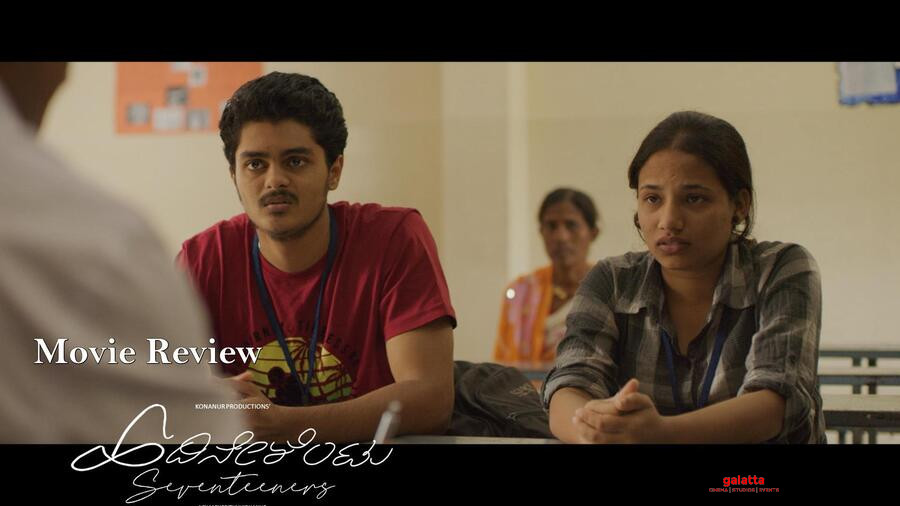 Hari and Deepa (Neeraj Mathew and the excellent Sherlyn Bhosale) are Class XII students. They find an empty classroom, have sex, and record it on her phone. Boys being boys, Hari can't help showing the video to his close friends, one of whom suggests that he will become famous if he leaks it on the Internet, so famous that he might even be invited to Bigg Boss. But when the video really does get leaked, Deepa and Hari are bewildered. How? The principal, too, is shocked – particularly by Hari. "You are a good student," he says, as though proficiency in studies comes with an implicit vow of celibacy. The vice principal, extraordinarily played by Rekha Kudligi, seems more angry with Deepa. "At least he's a boy…", she begins. Enough said. The parents are called. A committee is organised in school to decide what should be done. And the film really takes off.

The first half-hour or so of Hadinelentu is deliberately low-key and – I mean this in a good way – obvious. Things proceed exactly the way we expect them to. The narrative is a placid pond. And then, slowly, director Prithvi Konanur starts throwing in stone after loaded stone, and makes us watch the ripple effects. How does an ordinary incident with two hormonal teenagers – the boy a Brahmin, the girl a Dalit – turn into a story about caste and class and courts and lies and, at least in one case, a major change of heart? I was riveted. It's like watching a gut-churning Asghar Farhadi melodrama filmed in Michael Haneke's detached CCTV-style. Why is the boy's family not shown the sex video, while the girl's poor mother is asked to see it? Is Deepa being punished for her professional ambitions, and for colouring her hair and wearing lipstick and possessing her own  sense of fashion? Would she have been "pitied" more and punished less had she behaved like "a Dalit", like her mother who cooks at a government school?

Prithvi Konanur's direction, his control over the material, is superb. There is not the least bit of emphasis or judgement. There's just that clinical, CCTV-style observation. When Deepa bangs Hari's door, we see a neighbour holding an infant – i.e., a "normal" person – gently closing his own door. He doesn't ask Deepa to stop the commotion, and even the way he is shot isn't like he is the focus of the frame. It's just a reminder that the situation is now in the public domain. Even Deepa's anger at class-ist and casteist slurs is kept off-screen, just like the act that led to the sex tape. What's on screen is all aftermath. The only flashbacks we get are fleeting and heartbreaking memories of Deepa. I won't tell you what they are, but they are positioned so precisely in the screenplay.

Step by step, like a police procedural, Hadinelentu unravels how the System – which includes the court, the police, the school, the society – fails to treat everyone equally. I loved it that neither Deepa nor Hari are presented as saints. But that's the thing. Your mistakes come back to haunt you, especially when the System is loaded against you. Bhavani Prakash is wonderful as an activist and lawyer, and even this character finds herself having to bend a few rules to survive. Or look at the subtle way an OBC teacher is put in his place. He is another great character, and again, the question is that of survival. Unlike many dramas with Dalit characters, the power of this film lies in its absolute refusal to amp up the drama. Hadinelentu rings true. It feels like something not happening on screen but like something happening around us. It feels real. And it is.