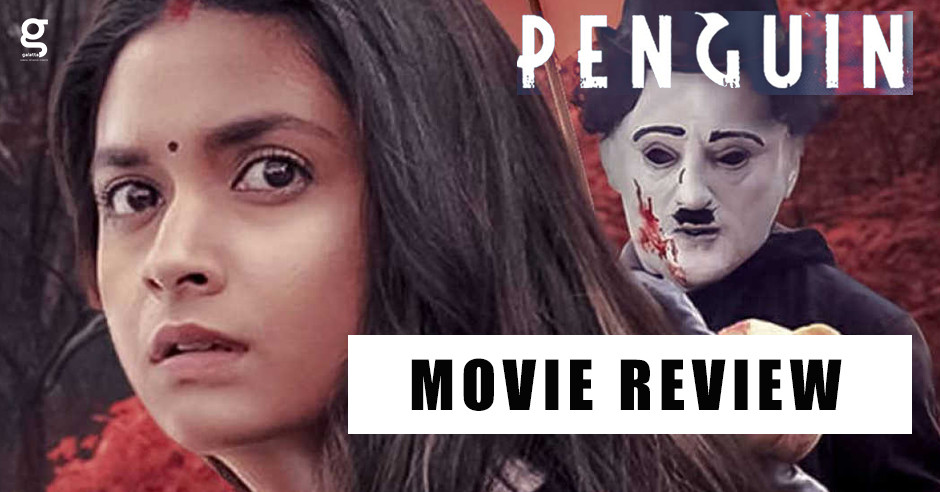 Traumatized by nightmares, Rhythm (Keerthy Suresh) leads an unpleasant, sad life, carrying the guilt of letting down her son who has been missing for over six years. She is pregnant with her second child, from her second marriage but all her thoughts are with her lost first child, who she truly misses the most. She embarks on a perilous journey for the sake of her 1st child. Her mission doesn’t stop with finding her son but also to find answers to secrets behind her nightmares. Despite a handful of faults, it’s that thriller film that keeps you engaged for most part. Penguin is a ghastly slow burner, not the kind where nothing happens until the last ten minutes but the kind that starts off slow but picks up pace as the story develops before reaching the crescendo around the interval point.

Penguin is blessed to have Keerthy Suresh, an impeccable performer capable of handling the lion’s share of the dramatic challenges it presents. You don’t realize how much a good thriller movie depends on acting until you find an excellent actor in the middle of some inexperienced ones. Keerthy alone looked in a different league and was demanding some support right through, unfortunately she seems to have been fighting a losing battle. Bad acting reduces the intensity and authenticity of the script.

It has some suspense and scares, spiked with just the right amount of gruesome gore. But the problem is, there are too many loose ends. When there are multiple solutions to an issue, the lead always chooses the hard way. The screenplay was bent in conventional manner leaving the logic for a toss. Penguin has a solid first half before screenplay begins to seem repetitive and prolonged. Till the interval point, Penguin looked like a concise and well-executed thriller but the twist in the tale just changed the face of the film. Until the suspense in the story was maintained, Penguin was an exciting watch, but when the secrets get unravelled, it drains all your hopes on the film.

How can the boy talk all of a sudden? Why doesn’t the mom get excited when he talks? The unacceptable lame reasoning with no proper justifications for the climax... How does the sub-plot actually collide with the main plot? Why does Keerthy Suresh not leave the hill station? Why does nobody suggest that option? There are plenty more loose ends left unaddressed.

The film was predictable on many levels, it had the typical scapegoat formula - you up the tension by framing someone as the villain, then let the audience know that it is not the actual culprit; It has become an over-used template that nobody falls for anymore. Too many clichés like that reduce the intensity of the film on the whole. Keerthy Suresh has once again proved what she is capable of... We expect she finds many more solid roles to put forth her real talent on display. Apart from that, visuals, locations and music are some of the positives that we can take out of Penguin.

Verdict: A tad spine-chilling but largely forgettable for its lame reasoning!

BIG EXCITING NEWS for all Batman fans and you can't miss this - Check Out!

Here is a super good news for all the Batman fans out there!

Robin to be included in The Batman's sequel? - FIND OUT WHAT DIRECTOR MATT REEVES HAD TO SAY!

BIG NEWS: The Batman makers officially announce their next project and here are the exciting deets!

Never before seen behind-the-scenes of The Batman - check out the NEW EXCLUSIVE VIDEO here!

Latest Movie Releases this weekend that you can watch in theatre! FULL LIST!

The BATMAN - Latest New Teaser is out as a surprise treat for fans! Check it out!