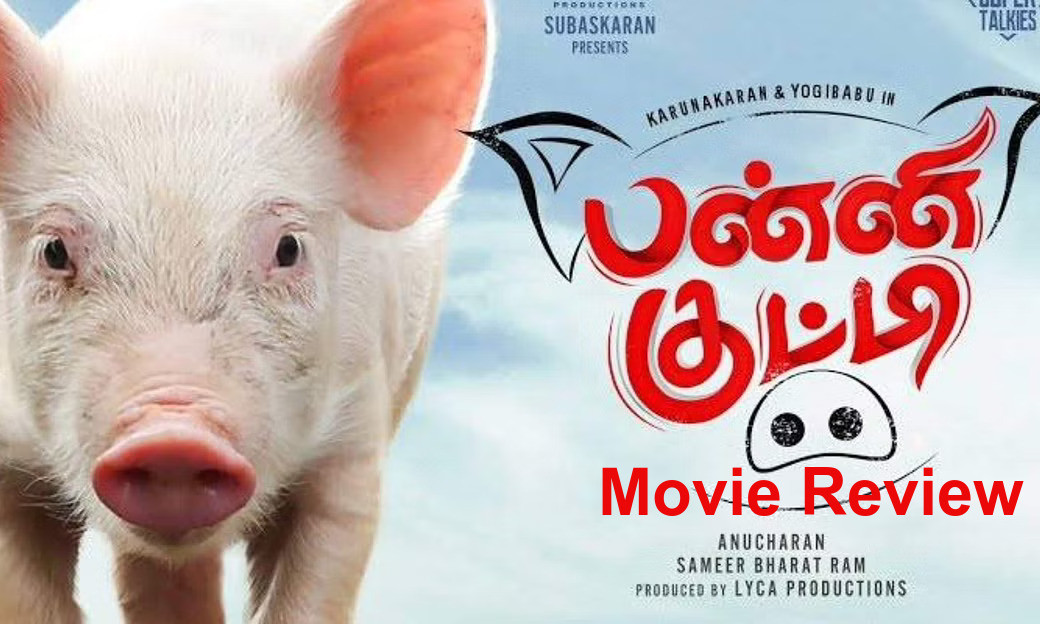 But this time, it doesn't work. Karunakaran plays the protagonist, a man for whom nothing is going right. His introduction scene has him describing his father as a man who never worked for a living. He says that it was his mother who always encouraged him. These are minor character traits that never come back in the film in any meaningful way. There is an element of randomness throughout Panni Kutty, and not in a nice way.

To make his life better, our protagonist finds himself following the orders of a godman. And a little later, we meet Yogi Babu, whose situation is similar – in the sense that he, too, is made to do something "irrational", like the godman’s orders. The film is a satire on superstition, and it tries a number of types of comedy. There's the slapstick we see in a police station or when a TV set falls on someone. There are lines with rhyming words: like "mattamana aalu" and "mutton". There are visual gags. And then, there is the absurd premise itself. We have heard of a wild goose chase. Here, we have a wild piglet chase.

It all sounds funny, and I am sure some of it must have sounded much funnier on paper. But the acting styles are off – sometimes loud, sometimes underplayed. The rhythms, pacing, staging – they don't add up to a cohesive experience. The scenes look like bits and pieces patched together. By the end, the messages are actually articulated – as if we could not have guessed them from earlier. And even at two hours, the film seems stretched. There are a few mild laughs, but the main takeaway is how true the old showbiz statement is: dying is easy, comedy is hard.