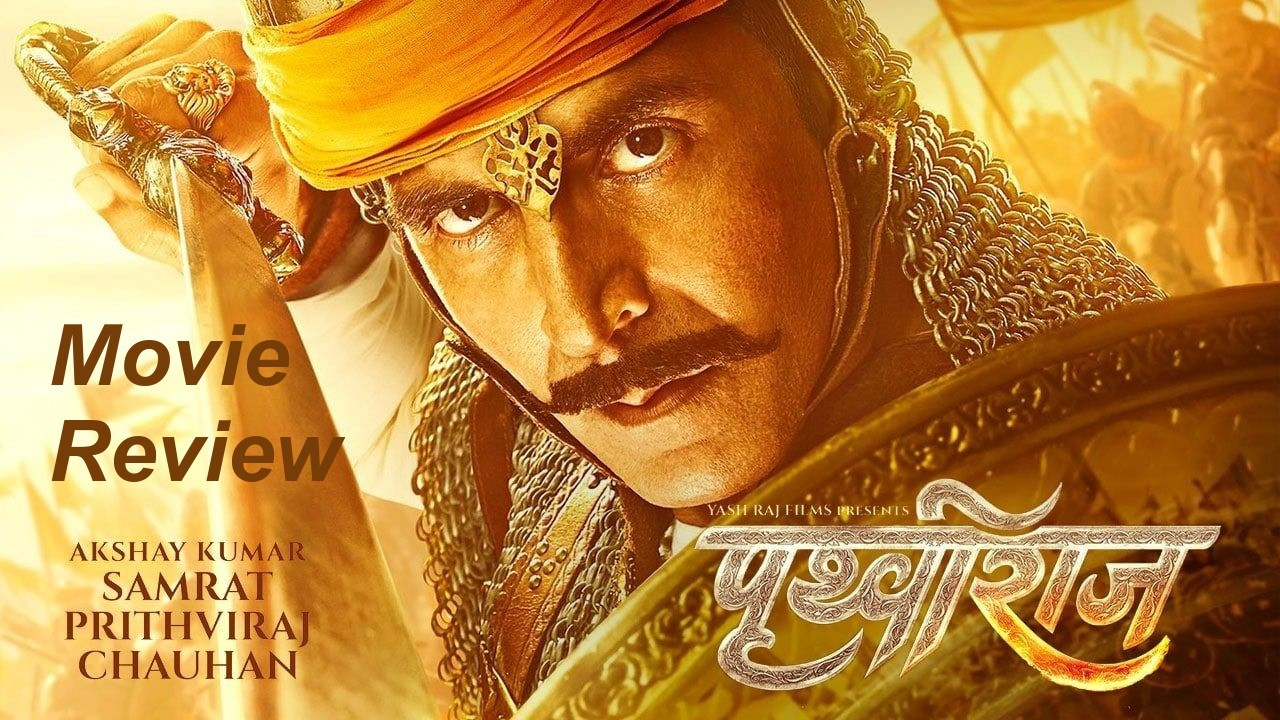 Chandraprakash Dwivedi is best known for his 1991/92 series Chanakya, which was telecast on Doordarshan. It was a talky affair, but then, that was the entire point of the narrative. Chanakya was not a warrior. He was a teacher, a philosopher, a strategist – so the monologue- and dialogue-filled approach fit right in. The same approach backfires in the filmmaker's Samrat Prithviraj. What we want is an action-packed epic. What we get is a series of monologues and dialogues, occasionally interrupted by action. We get lines about honour, about feminism, more lines about honour and feminism, even more lines about honour and feminism – everything is repeated endlessly. Even the story behind the Sanjay Dutt character's Gandhari-like blindfold is told to us rather than shown. Why not stage this as a scene, rather than simply narrating it? Or take this example. Yes, maybe you have to explain to today's audience what the Rajasuya Yagna is, but can't it be done through – say – the kind of animation we see during the opening credits? All we get is an information dump, the oral equivalent of a Wikipedia page.

To make matters worse, the dialogues aren't written with a fresh flavour. They recycle the rhetorical nature of lines we have heard a hundred times earlier, like when Sanyogita (played by Manushi Chhillar) describes her feelings about Prithviraj Chauhan with a series of similes. Sample: "jaise phool aur sugandh ka". The result is a dull film, despite so many exciting events, so many possibilities. The long-distance love between Sanyogita and Prithviraj (played by Akshay Kumar) should have been swooningly romantic. The famous swayamvar scene should have been heart-stoppingly thrilling. The war scenes should have been exciting, heart-breaking. The scene where the Afghan audience watching a captured Prithviraj participate in a gladiatorial spectacle first boo him and then respectfully acknowledge his bravery should have been goosefleshy. But it's like everything else: various levels of generic.

The screenplay makes a major mistake by beginning with that gladiatorial spectacle. Now, when you open your film non-chronologically, you use a scene that misleads the audience, for instance. We think this is what happened. But when we see that scene again later, in chronological order, we realise that it was something else that happened. But here, the beginning gives away the ending. We know we are watching the last moments of Prithviraj Chauhan, because there is no going back. Why spoil it for us? Why not begin, instead, with the childhood scene that shows how sharp his hearing is? Or with a scene about how he first learnt about Sanyogita? Heck, with any other scene!

It is inevitable that we recall Sanjay Leela Bhansali, whose films have a touch of eccentricity – even madness – in both the dialogues and the visuals. He has a way of making the period look authentic, human. Samrat Prithviraj looks like everyone is playing dress-up in a Manyavar commercial. Nobody owns their role. Nobody looks right for their part. The film is deadly earnest, without those "off" moments you get in a Bhansali movie. Manav Vij as the villainous Muhammad Ghori looks droopy-eyed all the time, as though he was made to read this entire screenplay before each scene. The war dance before a jauhar ceremony is so out of place that it's laughable – just like the hurried dance that is intercut with a hurriedly staged battle. A major character dies here, and he deserved a much better send-off. These are times that make you feel that dialogues might have actually been better. I am not asking for the larger-than-life approach of a Rajamouli. But this lies at the other end of the spectrum: it's lifeless.