Abhijith Joseph's cop-thriller 'John Luther', starring Jayasurya, has some good ideas that are let down by the writing 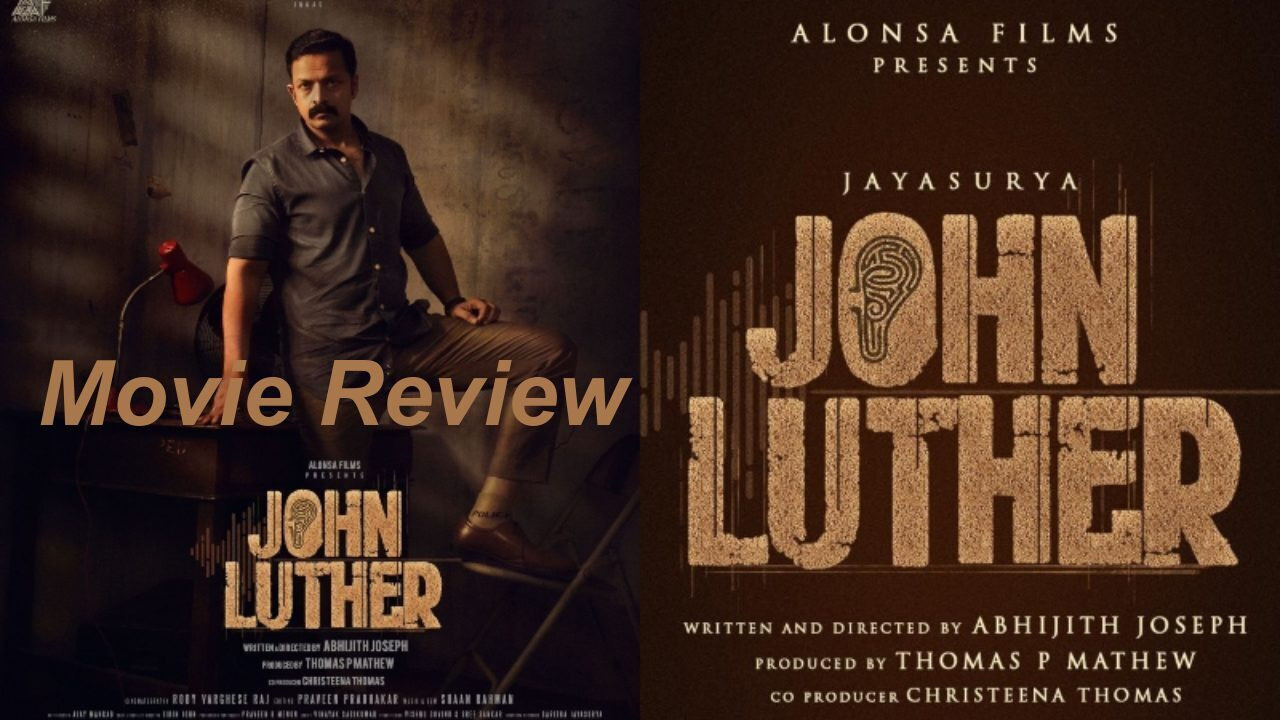 Cast : Jayasurya, Athmeeya Rajan, Drishya Raghunath, Siddique,
Production : Alonsa Films
Director : Abhijith Joseph
Music Director : Shaan Rahman
The cleverest touch is something that happens to Jayasurya, something that hinders his job. There's not an iota of sadness or self-pity. The work must go on.

It's strange how two films released the same week are so similar, yet so different. Rajeev Ravi's Kuttavum Shikshayum is about cops investigating a case. Broadly speaking, that is exactly what John Luther is about. What differs is the approach. Rajeev Ravi dives deep in, with a ton of procedural detail, while Abhijith Joseph is content to stay on the surface and deliver simple twists and simple thrills. Of course, there is no right or wrong approach to a subject. I was just surprised at this coincidence between the two films. Taken together, they would make an excellent demonstration of a mainstream and hero-centric way of looking at things, versus a slightly offbeat but more holistic way of looking at things. Kuttavum Shikshayum is the better movie, while John Luther is probably the better audience-pleaser.

The film is set in the beautiful Munnar area, and in a nice bit of writing, we witness an accident that we think will form the basis of the story. But the director, who also wrote the screenplay, has other ideas. None of these can be revealed, so let's look at the protagonist, the cop played by Jayasurya. When we first see him, he is being treated for a wound. How did he get that wound? There is no answer, because there is no need. His line of work is going to result in several such wounds. This is just one of them. This wound does not need a backstory.

One of the nicer touches in John Luther is that cops work on many cases at the same time. So one case impacts Jayasurya in one way, which, in turn, impacts the way he handles another case, which goes back to the accident at the beginning of the movie. The cleverest touch is something that happens to Jayasurya, something that hinders his job. There's a terrific "hero moment" when Jayasurya digests this news from the doctor – and we go back to his introduction scene with the wound. This is just another wound. Jayasurya is wonderful at conveying resolve. There's not an iota of sadness or self-pity. The work must go on.

That's part of his mental makeup, and that's the part his upper-class family hates. He is never there for family functions. He is an absentee son, an absentee husband. All this should result in an emotional wallop, but these scenes are among the weakest in the movie. They are filled with cliches – there isn't one novel idea. Plus, this family angle disappears entirely after a point, so it would have made no difference if the Jayasurya character had remained single, or an orphan. I suppose they wanted some sentimental scenes, but surely this could have been achieved in more organic ways, without reducing the intensity of a thriller. After all, we discover that this film also has a psycho-killer. And a major twist.

This writing in this part – that is, the psycho-killer part – is worse than the writing of the family scenes. It all happens quickly and unconvincingly, in the last half-hour, and the film really falls apart. The team gets a lead. The lead gives them the entire flashback, motivation and all. There's a twist. All this is so devoid of character development that there is nothing we can do but wait for the inevitable conclusion. By the end, we have a film with some decent ideas but the writing doesn't know how to push them forward in an interesting manner. Even Jayasurya’s latest “wound” doesn’t render him as vulnerable as it should. John Luther is an easy watch, but where's the uneasy feeling in the pit of the stomach you get from a really good thriller?