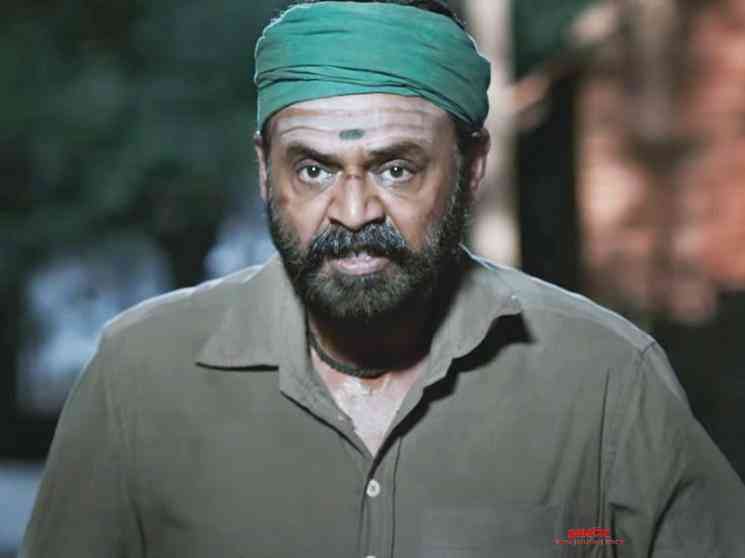 Dhanush's blockbuster hit, Asuran, directed by Vetri Maaran is being remade in Telugu as Narappa and it features ace actor Venkatesh reprising Dhanush's role. The film's first look poster created a huge buzz on social media and Venkatesh's makeover looked very promising. Venkatesh is celebrating his 60th birthday today (December 13) and marking the special occasion, the makers of Narappa released the teaser of the film. This teaser has opened to a very positive response from the fans and film buffs and it has been garnering good attention on social media.

The teaser shows us a glimpse of Narappa, the titular character, and his anger. Venkatesh looks promising and his experience adds so much value when he gets to play intense characters of these types. This short teaser is compiled with 4-5 shots of Venkatesh and the mood is uplifted by the striking Asuran 'Blood bath' BGM. The film is directed by Sreekanth Addala of Brahmotsavam fame and he seems to have done a fair job in executing this remake. However, we can come to conclusions only after the film's release.

Narappa is produced by Suresh Babu under the banner of Suresh Productions, in association with Kalaipuli S Thanu's V Creations. Priyamani plays the female lead in this film, reprising Manju Warrier's role, but we don't get to see her in the teaser. The teaser mainly focuses only on Venkatesh and we will have to wait for a few more weeks or months to witness the other characters. Karthik Rathnam of C/O Kancharapalem fame plays Venkatesh's elder son (Teejay's role), while Prakash Raj, Murali Sharma, Rao Ramesh, and Sampath Raj play important roles.

The film has music scored by ace musician Mani Sharma and it is going to be interesting to see how he has treated the film. Shyam K Naidu has handled the cinematography while the editing has been done by Marthand K Venkatesh. The makers are yet to complete the full shooting and a few more portions are left to be completed. Narappa will be Venkatesh’s next release after Venky Mama which was a success at the box office, despite the mixed reviews. The fans are eagerly looking forward to the release of Narappa and let us hope that the film does justice to Vetri Maaran’s Asuran. The Tamil audience may have a different opinion on Narappa after seeing its teaser.

Check out the official teaser here: