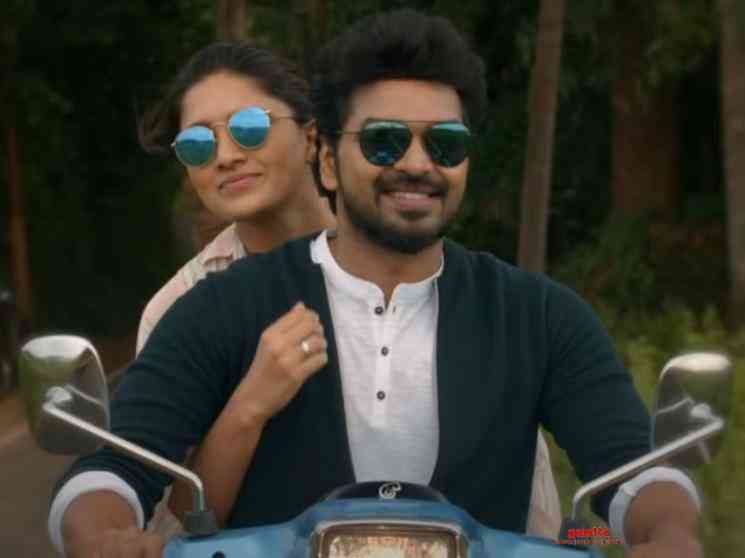 Top-rank streaming giant, Disney+ Hotstar on Friday dropped big new announcements as part of its Tamil originals planned for release on their platform in the next few months. The announcements were made during a virtual interaction meeting, where viewers were informed that four new Tamil web series, including one feature film will be released directly on the platform. The first of the big announcements was of Nayanthara's new film, Mookuthi Amman, which marks the directorial debut of RJ Balaji, alongside NJ Saravanan, followed by the four Tamil web series which are Triples starring Jai Sampath and Vani Bhojan, Venkat Prabhu's Live Telecast featuring Kajal Aggarwal, Tamannaah's November Story and My Perfect Husband with Sathyaraj in the lead role.

Among the four upcoming Tamil web series, a fun-filled rollicking teaser for the Jai and Vani Bhojan starrer Triples has now been released. The teaser introduces the lead characters in the show that includes Jai playing the role of a 25-year-old youth named Ramkumar, who owns a coffee shop in the office of his love interest, Vani Bhojan. Meyaadha Maan fame Vivek Prasanna plays the eldest of the lot, an innocent character named Maadhu, while Rajkumar known among fans for starring in Naduvula Konjam Pakkatha Kaanom is appearing as the chill, cool and fun dude named Cheenu. The Triples teaser promises that the show will be high on entertainment and on the lines of a comedy of errors..

Produced by director Karthik Subbaraj under his Stone Bench Films, Triples marks the directorial debut of Charukesh Sekhar, who is a former assistant to the Petta director Speaking during the virtual press meet for the series, Karthik Subbaraj stated, "I and people at Stone Bench have always wanted to do something in comedy and this is our attempt at it. I would say that Triples is our dedication to Crazy Mohan's style of writing. It is a fun show that has a lot of romance and humor." He added that Triples would include "all the elements of an all-round entertainer - action, drama, comedy and more and will leave audiences laughing till the very end." Sunil Rayan, President & Head, Disney+ Hotstar, had also in a statement assured that all the originals, including Triples will be dubbed into six regional languages, to be made available to audiences along with their Tamil versions.