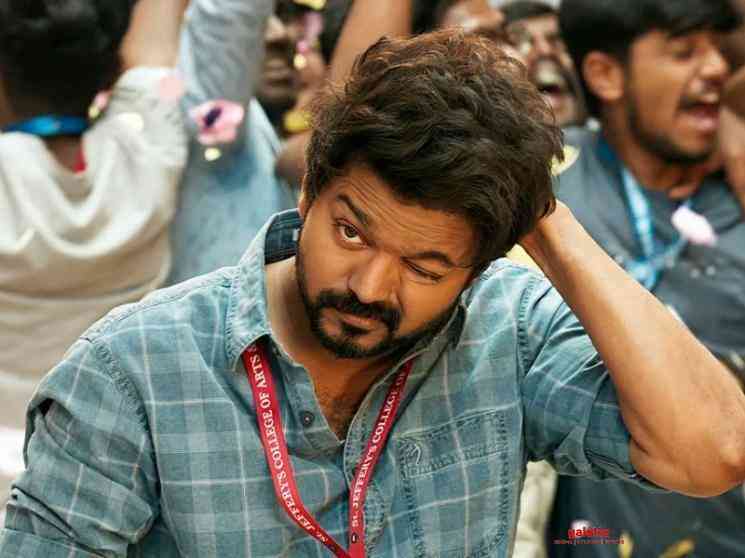 It has been over a month since the electrifying teaser for 'Thalapathy' Vijay's Master was released, which has since received thunderous feedback from fans. The Master teaser featuring Vijay and the film's antagonist 'Makkal Selvan' Vijay Sethupathi went on to be declared the most-liked South Indian teaser/trailer on YouTube sometime back. Having said that, in yet another huge development, the Master teaser has crossed 50 million views on YouTube and is now the most-viewed Tamil film teaser to date.

In the list for the "most-viewed Tamil movie teaser/trailer", Vijay holds the top four spots with his Bigil trailer nearing 54 million views, followed by the Master teaser at the second position, with the Mersal teaser at the third place with more than 45 million views and the Sarkar teaser at fourth with 44 million views. The response to Master teaser is nothing short of astounding, with expectations that it will surpass the Bigil trailer record to take the top spot in the days ahead. Directed by Lokesh Kanagaraj under Xavier Britto’s XB Film Creators and being distributed by Lalit Kumar's 7 Screen Studios, the Master teaser showed the seismic clash between Vijay and Vijay Sethupathi and has had fans in awe since then, with their chemistry set to be the biggest USP factor to draw audiences in numbers to theatres.

Gearing up for a massive release in theatres, there is tremendous buzz around Master, which has been confirmed to simultaneously come out in Hindi alongside the Tamil version as a Pongal treat in January 2021. It is to be noted that the film has been titled as Vijay The Master in Hindi and will be a proper big pan-Indian release for Vijay after his Puli. As of now, fans are waiting for the makers to drop the announcement of the film's official release date, which many expect will be revealed in the Master trailer.