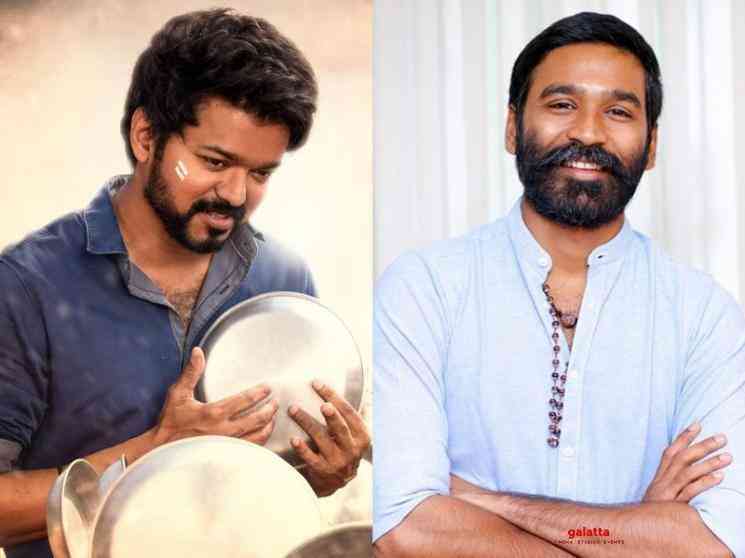 A film that has long been awaited by fans, the upcoming 'Thalapathy' Vijay and 'Makkal Selvan' Vijay Sethupathi starrer Master is finally gearing up for a mammoth worldwide theatrical release on January 13, 2021. Directed by Lokesh Kanagaraj and produced by Xavier Britto's XB Film Creators banner, with Lalit Kumar's 7 Screen Studios distributing the mass masala action entertainer, the Master team has been showered with praise by fans, celebrities, theatre owners and those in the trade for announcing the film for a theatrical release.

Praising their decision to bring out the film in theatres and not directly on any OTT streaming platform, especially when the industry has taken a severe hit due to the coronavirus pandemic, the multi-talented National Award-winning actor Dhanush on Wednesday hailed the Master team's big move as a "great news". Dhanush wrote on Twitter, "Vijay sir’s Master releases on Jan 13th. It’s great news for cinema lovers and I hope watching movies with friends and family helps to thrive the theatre culture once again. Nothing like a theatre experience. Please take all the safety precautions and watch the film in theatres." In that light, XB Film Creators on Thursday responded to Dhanush's tweet and acknowledged his statement, while informing fans that the experience of watching films on the big screen remains unmatched. XB Film Creators tweeted, "We cannot agree more with @dhanushkraja sir. Makkale, there is no better experience than watching the movie in a theatre atmosphere with family and friends. But make sure you follow the safety measures to have a memorable and safe experience!" Check out the interaction below:

Makkale, there is no better experience than watching the movie in a theatre atmosphere with family and friends. But make sure you follow the safety measures to have a memorable and safe experience! 🙏 https://t.co/yCEIWASmHB

Vijay's Master was not the only film to be pushed from its theatrical outing after the COVID-19 outbreak as Dhanush's highly-anticipated gangster action drama, Jagame Thanthiram, too was initially announced to come out in theatres on May 1, with a new release date being awaited. Master, which was slated to hit screens on April 9 on Good Friday this year, will now be a pan-Indian release, as the makers are presenting the film in Hindi simultaneously along the Tamil and Telugu versions. Expectations for Master are sky-high as theatre-owners stated earlier that the film will draw big crowds to cinema halls once again and will revive the ailing industry. Featuring music by Anirudh Ravichander, the film will also see Malavika Mohanan as the female lead, followed by Andrea Jeremiah, Shanthanu Bhagyaraj, Kaithi villain Arjun Das, 96 fame Gouri Kishan, Master Mahendran, KPY Dheena, Ramya Subramanian, Azhagam Perumal among others forming the supporting cast.