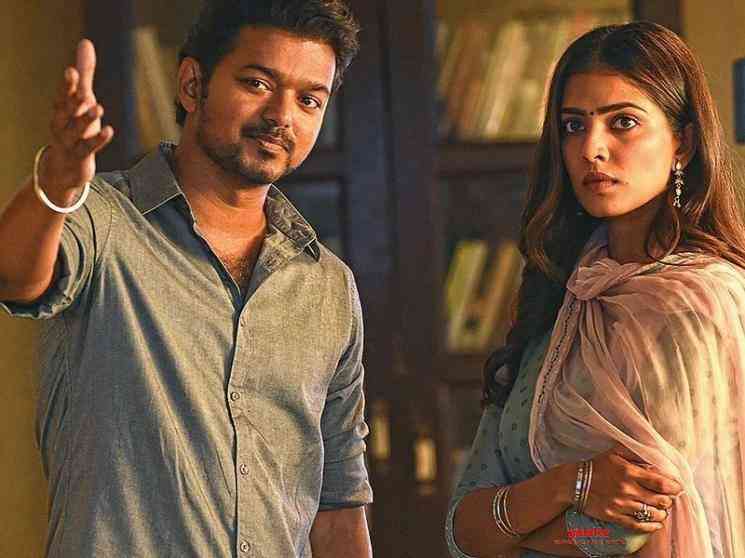 Thalapathy Vijay’s Master is all set for a grand theatrical release on January 13, ahead of the Pongal festival. The fans are super excited and eager to watch the film which has got phenomenal expectations among the masses. Master is also expected and believed to bring back the audience to the theatres after the pandemic and theatre exhibitors have pinned high hopes on the movie. Let us hope that Master becomes the first successful film released during the Covid times. If the film receives positive reviews from the initial shows, the family audience might slowly start coming into the theatres and it is going to be interesting to see how the film is received in the theatres.

The audience will have to wear face masks and follow the Covid-19 protocols while watching the film in the theatre. As we are just two weeks away from the film’s release, the makers have started the promotions in full swing and the fans are in for some exciting treats for the next few days. New stills from the film have now been officially released by the team and these pictures give us a glimpse of Vijay’s character in the film. In one of the stills, Vijay is seen pouring his alcohol in a mixie and it is going to be very new to see him play an alcoholic. Notably, there is also a song in the film called, 'Quit Pannu Da', in which Vijay will quit drinking and become a reformed man. We also see a funny and light hearted picture of Vijay as a college professor.

All these pictures have now gone viral on social media and the fans are in extremely delightful mode seeing this new images. These pictures have increased curiosity among the fans to watch the film as soon as possible. Master is directed by Lokesh Kanagaraj who is now a promising filmmaker in Tamil cinema after Maanagaram and Kaithi. Master will also have a dubbed release in Telugu and Hindi. While the Telugu version will release on January 13, the Hindi version titled Vijay The Master, will release on January 14.

The film features Makkal Selvan Vijay Sethupathi as the antagonist and he will be seen in the character of Bhavani, a ruthless rowdy. The trailer of the film is expected to release in the next few days. For now, check out the newly released pictures from Thalapathy Vijay’s Master here: