‘Thala’ Ajith’s Viswasam, released earlier this year on the festive occasion of Pongal, became one of the biggest blockbusters in the superstar’s career. Directed by Siva, the rural action family drama was the fourth time the two collaborated after their previous films namely Veeram, Vedalam and Vivegam and had chartbuster music by D. Imman with the film’s album including several hit numbers among which the “Adchi Thooku” video song has now hit the 50 million views mark on YouTube. 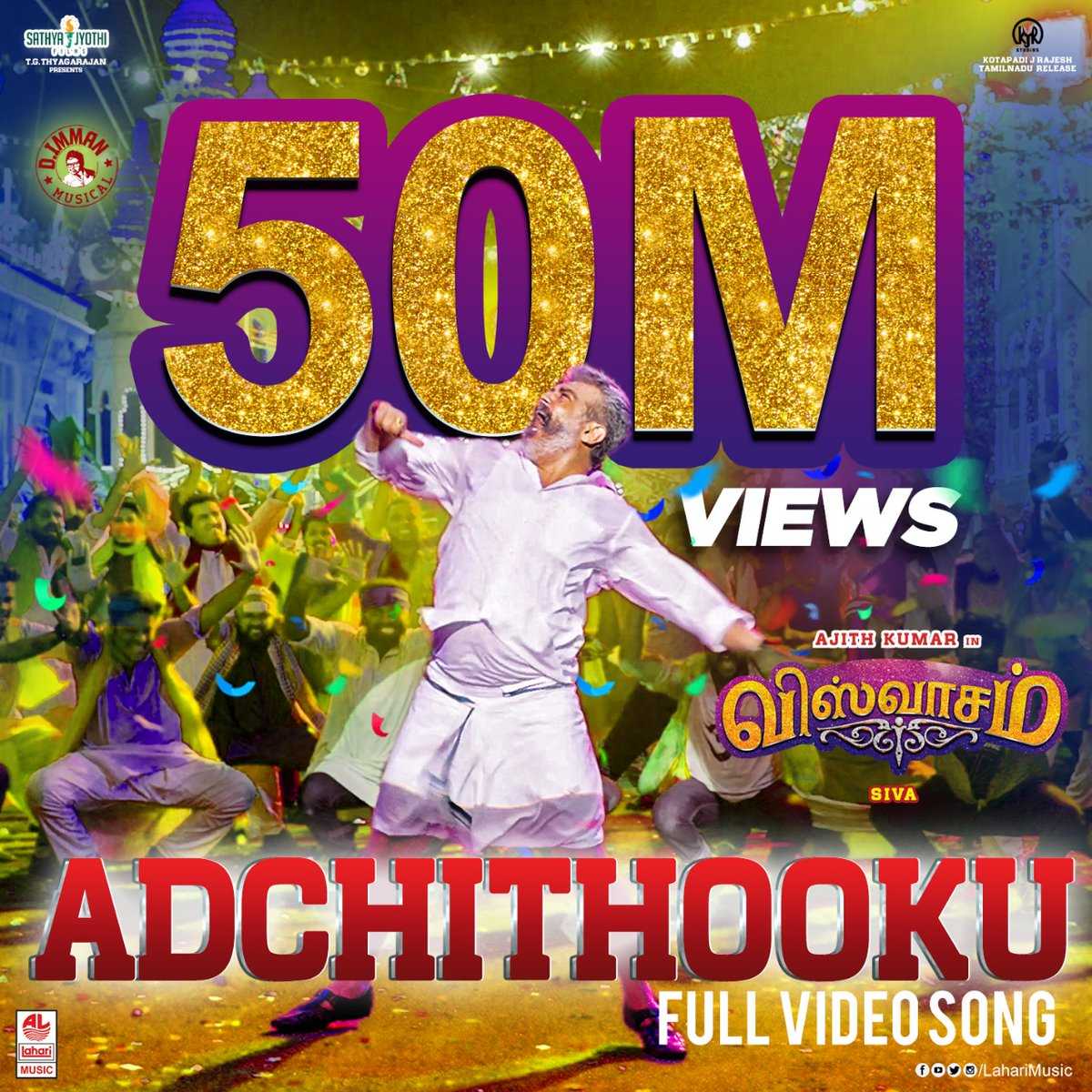 The “Adchi Thooku” song in Viswasam saw Ajith shake his legs to pulsating beats by D. Imman and lyrics penned by Viveka, in which we see the star rock a solo performance towards the end and went on to receive a thunderous response from fans. Produced by Sathya Jyothi Films and distributed by KJR Studios, the film also had Nayanthara playing the female lead, Anikha Surendra, Jagapati Babu, Vivek, Yogi Babu, Robo Shankar, Kovai Sarala, Thambi Ramaiah among many others in vital supporting roles with cinematography by Vetri and editing by Ruben.

You can check out the “Adchi Thooku” song from Viswasam below: