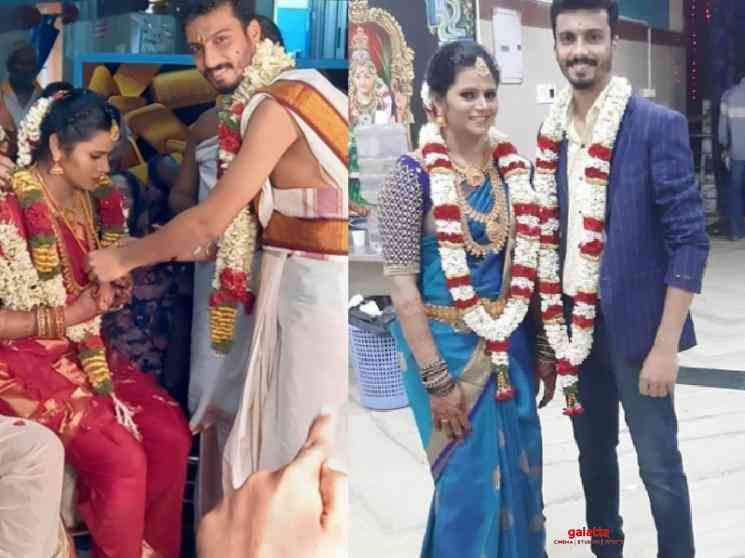 It looks like this is the season of marriages. Yes! We have been witnessing a lot of people across the country getting hitched to their loved ones and these weddings have happened despite the pandemic. Several notable personalities from the Tamil television industry have also got married in the past one week and we had reported about it. Here is another wedding that took place recently. Popular singer Vikram Sai Prasad entered wedlock and got hitched to his soulmate, Subha Viswanathan. The wedding happened as per the Hindu traditions, following the Covid 19 protocols with a minimal crowd.

Wishes have been pouring in for Vikram and Subha from all quarters and we at Galatta Media congratulate the couple on the wedding and wish them a fruitful life together. The wedding pictures are also doing good rounds on social media. Vikram shared the marriage photos on his social media page and wrote, "Beginning of my life journey with my better half, to be honest my Best Half ❤️❤️❤️".

Vikram and Subha got engaged in December 2019 and during that time, Vikram posted "Atlast found the one with whom I ll spend rest of my life 😍😍... ENGAGEDDDD 😎😎". Talking about Vikram Sai Prasad, the young talent rose to fame after participating in the seventh season of Airtel Super Singer that was aired on Vijay TV. Vikram was declared as the first runner up of the show. Vikram is widely known and appreciated for his voice and natural singing talent. He is best known for crooning melody songs.

Vikram is currently a part of various exciting independent music albums and the promos of these songs can be found on Vikram's official Instagram page. For now, check out the wedding photos of Super Singer Vikram Sai Prasad and Subha Viswanathan here:

Beginning of my life journey with my better half, to be honest my Best Half❤️❤️❤️