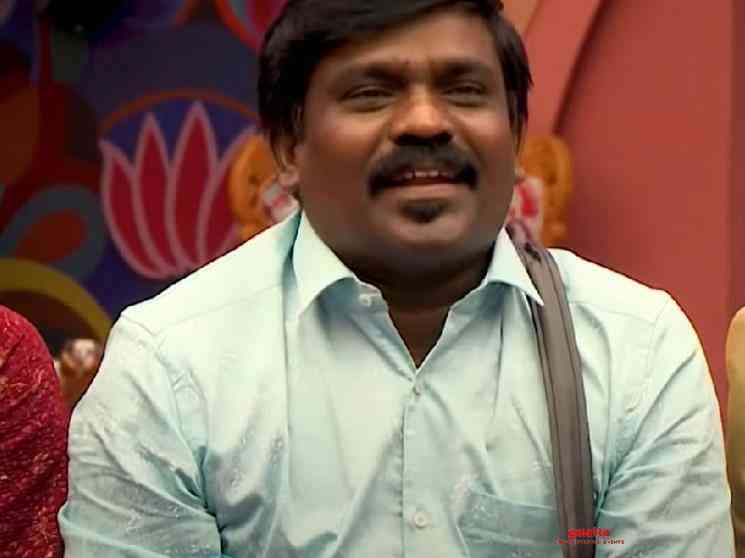 Tonight’s (November 1) episode of Bigg Boss Tamil: Season 4 will reveal the final result of this week’s eviction and the fans are eagerly looking forward to the episode. Yesteryear heroine Rekha was the first contestant to be evicted and it happened two weeks before. Aajeedh was supposed to be evicted in the following week, but he escaped with the provision of eviction free pass. However, this week will have an eviction and there were 11 housemates who were nominated for this week’s process. Among the 11, Kamal Haasan announced 6 contestants who were safe and can continue their game inside the house. The 6 saved contestants were Sanam Shetty, Rio Raj, Ramya Pandian, Anitha Sampath, Balaji Murugadoss, and Jithan Ramesh.

The 5 housemates who are still in danger include Vel Murugan, Aajeedh, Suresh Chakravarthy, Aranthangi Nisha and Som Shekhar. Among the 5, it has been revealed that singer Vel Murugan will be evicted from the Bigg Boss house this weekend. Since the shooting of the weekend episode happened yesterday (Oct 31) morning at EVP Film City, the news came out and spread instantly on social media. Vel Murugan has reportedly secured the least number of votes, thereby making his way out of the house.

Vel Murugan has unfortunately not made an impact in his close to one month of stay inside the Bigg Boss house as he found it difficult to play the strategic game. His diplomatic answers and safe gameplay were criticised by a lot of people and it looks like that has reflected in the eviction. However, we can expect a lot of emotional scenes in tonight’s episode of Bigg Boss as it goes without saying that the housemates will shed tears when someone leaves the house. Vel Murugan is a popular Tamil singer who rose to fame after the blockbuster success of songs like 'Madura Kulunga Kulunga' (Subramaniapuram), 'Aadungada Machaan' (Naadodigal), and 'Otha Solala' (Aadukalam).