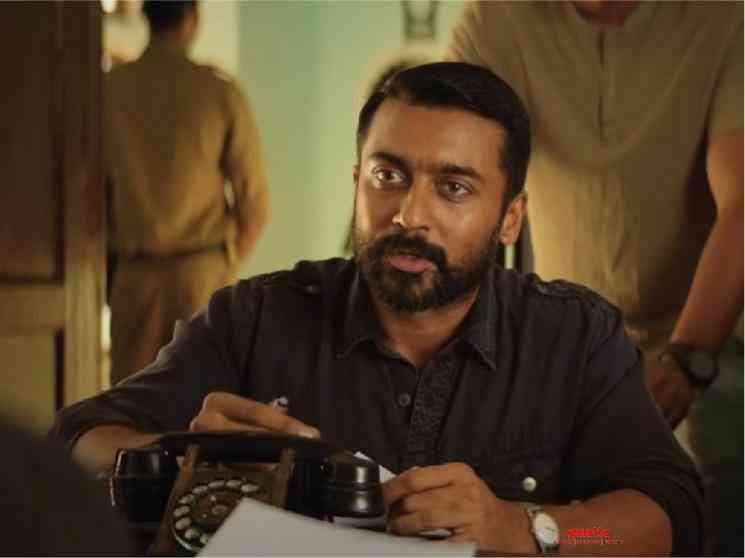 Suriya's Soorarai Pottru has acquired the No Objection Certificate (NOC) from the Indian Air Force (IAF) and is gearing up for a direct release on Amazon Prime Video in the next few weeks. 2D Entertainment producer Rajsekhar Pandian made the announcement on his Twitter page on late Friday evening, which has since received an astounding response from fans, who are waiting for the film to come out as early as possible. Earlier this week, Suriya, in a statement, said that the Soorarai Pottru team was waiting for the NOC from the IAF considering the film is centred around the aviation industry. He further added that a new release date will be announced in the days ahead once the clearance gets issued by the Indian Air Force.

2D Entertainment producer Rajsekhar Pandian's tweet read, "We got the NOC #SooraraiPottru #AnbaanaFans Get ready for updates and new release date!! Festival of Lights (sic)." This latest tweet suggests the team will likely be planning to make Soorarai Pottru come out as a Diwali release, with all eyes now set on the film's trailer, which as well can be expected in the next few days. Initially planned for a theatrical release, Soorarai Pottru was announced by Suriya two months back to be coming out on October 30 as a direct OTT release on Amazon Prime Video. However, the last minute pending approvals from the IAF have led to the team calling off the release plans and will now be bringing it out as a festive treat.

We got the NOC 👍🏼👍🏼👍🏼 #SooraraiPottru #AnbaanaFans Get ready for updates and new release date!! Festival of Lights 🪔🪔🪔

Suriya, in a detailed press note earlier this week, explained the reasons for Soorarai Pottru's delay and urged fans to take the news in the right spirit, while also treating them to a 'Friendship Song' from the film titled 'Aagasam'. Dubbed in Telugu as Aakaasam Nee Haddhu Ra, the film is a joint production venture of Suriya's 2D Entertainment and Guneet Monga’s Sikhya Entertainment banners and is said to be inspired from events of the life of Air Deccan founder G. R. Gopinath. The film also includes Aparna Balamurali playing the female lead, with Mohan Babu, Paresh Rawal, Vivek Prasanna, Karunas among others in vital supporting roles. Composer GV Prakash Kumar has delivered hit tunes once again as the four songs apart from 'Aagasam' namely - 'Maara Theme', 'Veyyon Silli', 'Mannurunda Mela', and 'Kaattu Payale' - have received a stellar feedback from fans.