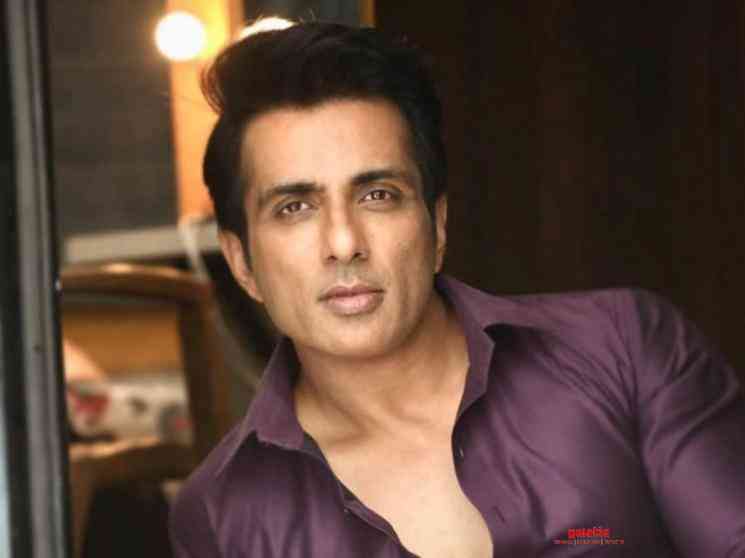 Popular Bollywood actor Sonu Sood became a hero in real life during the nationwide lockdown when he personally assisted many people to get back to their homes. His timely help enabled many migrants around the country to go back home, with Sonu providing them assistance in the form of arranging necessary transport and financial aid. Having recently released his memoirs in a book titled, I Am No Messiah, Sonu Sood has now also garnered a special appreciation as a mother has named her newborn child after him.

Sonu Sood had helped a woman named Meenakshi after she requested his help on Twitter, with the actor obliging in quick time. Now, she has extended her gratitude in the most unexpected manner by giving his name to her baby boy as a mark of respect. Taking to Twitter, Meenakshi wrote, "I have named my newborn SONU. IAm really grateful @Sonusood Sir and @GovindAgarwal_ for the support. Sonu sir is really a Savior for me.With all due respect and love once again thank you so much for helping us. @INCORHospitals". Sonu responded back and tweeted: "Another SONU in the house. Thanks Dr Sukumar @INCORHospitals @IlaajIndia".

Another SONU in the house. 🤗

As Sonu continues to go forward with more good deeds to help those in need, a road in his hometown Moga has now been named after his mother, Prof. Saroj Sood. Taking to his Instagram on Thursday, the actor expressed his joy by sharing the news with his fans and followers, while adding that it will always be the most important chapter in his life. It is to be noted that he was chosen for the prestigious 'SDG Special Humanitarian Action Award' by the United Nations Development Programme (UNDP) for his efforts during the pandemic.

Having established himself in Bollywood over the years, Sonu Sood also earned a big name in Tamil cinema after his debut in 'Thalapathy' Vijay's Nenjinile, followed by roles in Prashanth's Majunu, 'Thala' Ajith's Raja, 'Superstar' Rajinikanth's Chandramukhi, STR's Osthe, including Prabhu Deva's Devi and its sequel Devi 2, to name a few. Predominantly seen as an antagonist, Sonu's next big Tamil role is in the Vijay Antony starrer Thamezharasan.