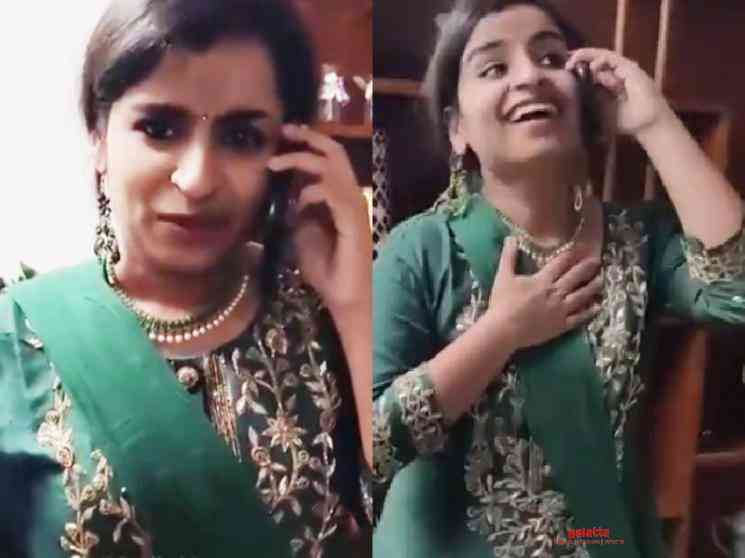 Sivakarthikeyan has come a long way and the people of Tamil Nadu know his inspiring journey. The highly celebrated star actor, SK, was once a television anchor and performer who entertained the audience through different shows. The massive success of his television journey paved the way into films and he is now one of the leading actors in the industry. Sivakarthikeyan never fails to address and encourage younger talents since he passed through this phase to become what he is now. Sivakarthikeyan has encouraged several youngsters and we have seen that in the past. It was his encouragement and support that made the young and vibrant team of Black Sheep (YouTube Channel) venture into cinema and make Nenjamundu Nermaiyundu Odu Raja. Sivakarthikeyan produced that film which had Rio making his debut as a lead actor.

Recently, SK gave a pleasant surprise to one of the most loved young talents who is currently sensational. Yes! Sivakarthikeyan called Sivaangi and congratulated her for the success in television shows. Sivaangi was absolutely surprised and pleasantly shocked after getting to know that she was talking to Sivakarthikeyan. Sivaangi has already expressed her liking for Sivakarthikeyan in various shows before and this was indeed a big fangirl moment for her. A video of this surprise call is now doing rounds on social media and people are enjoying it. We see Sivaangi jumping in joy and she is not able to control her excitement.

After finishing the phone call, Sivaangi shared what SK told her over the phone. Sivaangi said, “Okay, I talked to SK Anna. I am speechless. I am totally happy and glad this happened. It means a lot, Siva na. My day is made. Thank you for taking your time to talk to me,”. Apparently, Sivakarthikeyan told Sivaangi that her performance is cute and admirable during the shows and asked her to do well. On a funny note, Sivaangi also tells in the video that she would have done the younger sister character in Namma Veettu Pillai. Well, let us hope that Sivaangi’s dream to act with Sivakarthikeyan gets fulfilled sometime soon.

Sivaangi, who participated in Airtel Super Singer: Season 7 on Vijay TV, is now one of the most loved personalities among the household audience. Sivaangi has risen to fame in the recent past with the superhit success of Cook With Comali TV show. After proving her mettle as a singer, Sivaangi is now doing her best as a comedian and a cook, and her cute gestures and actions in the show are loved by the audience.