Singer Sunitha Sarathy has shown a way forward for women where hidden cameras are concerned. The Thoodu Varuma singer posted on Facebook on Tuesday about having found a hidden camera inside a hotel room in Coimbatore and the ordeal she went through following this. For one, the lady did not just begin a quarrel after one app flagged a ‘hidden cam’. She downloaded some more similar apps, confirmed the detection, checked the adjacent rooms (with negative results) and in-all did her own thorough investigation, and later called out a hotel employee who told her that ‘it was no big deal’. Boy, are we proud. 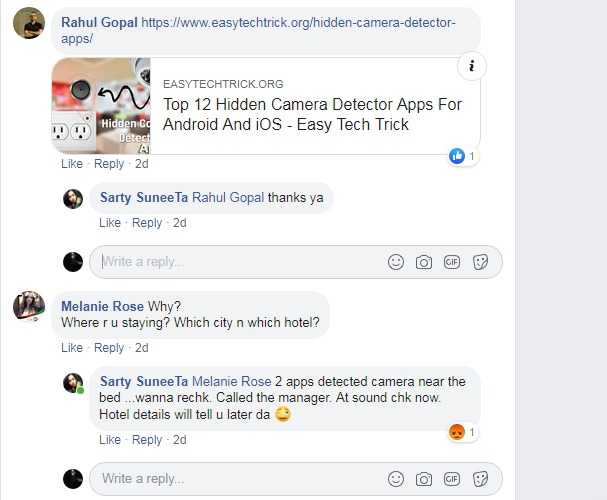 It is most women’s nightmare, but Sunitha has her act together – instead of fretting about it, she simply downloaded apps that help detect cameras and other hidden devices and simply verified her doubts – she found interference near the lighting unit in her room and called in the management. One of the concerned friends who commented on the on the incident was rapper Yogi B. By the looks of the replies she gave under the comment, it is obvious that the lady does this check routinely. 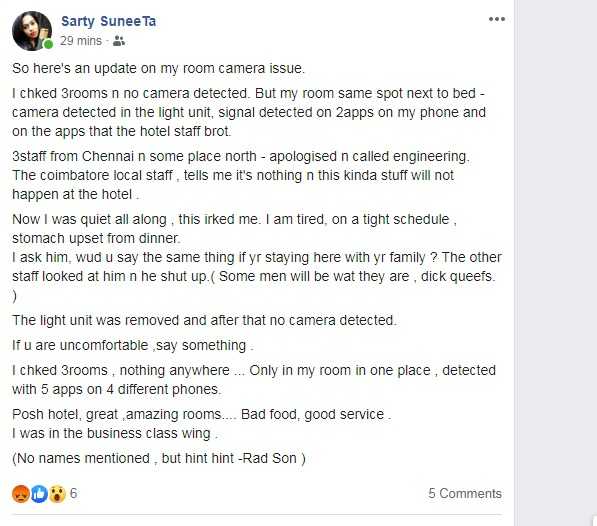 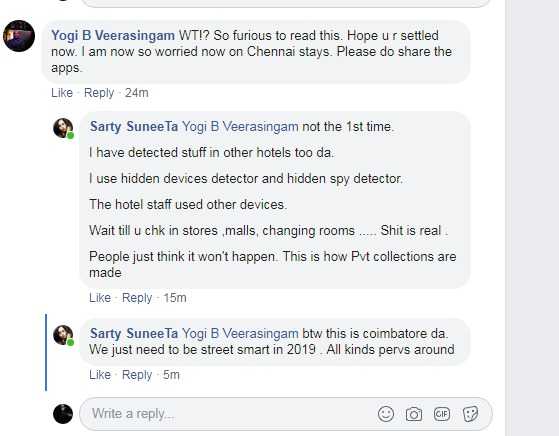 Yogi B asked for the apps that Sunitha used, but then, the first post that Sunitha had posted regarding the matter was a query on the best apps to detect cameras. Her husband, Rahul Gopal - the leader drummer who decided to begin a lifestyle clinic – had shared a list of them. Sunitha didn’t call out the hotel, but did give us a hint, which went: Rad son. Hmmm… That sure is an obscure clue; which is the seemingly posh hotel in Coimbatore which has a similar name, we wonder.