Sasikumar and Vani Bhojan team up | director makes a comeback after 6 long years! 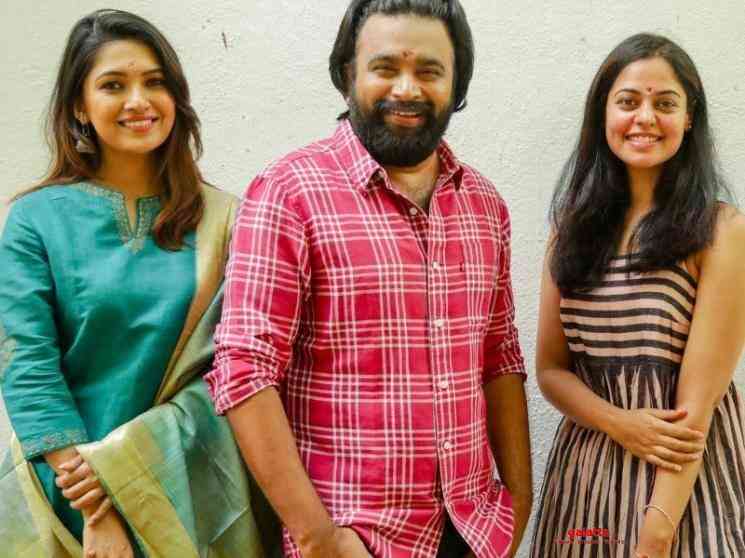 Vani Bhojan is now turning out to be one of the most happening heroines in Tamil cinema. After making her silver screen debut as a female lead with Ashwath Marimuthu directorial, Oh My Kadavule, Vani Bhojan has bagged some exciting good projects. She was recently seen in the Tamil web series, Triples, directed by Charukesh Sekar and produced by Karthik Subbaraj. Vani was paired opposite Jai in this romantic comedy that is streaming now on Disney + Hotstar OTT platform. Meanwhile, Vani’s next film in Tamil cinema is officially announced and she will be sharing screen space with actor Sasikumar for the first time.

This new film also features Bigg Boss fame Bindhu Madhavi as the other female lead and we aren’t sure who is going to pair Sasikumar in the film. This new movie is titled Pagaivanuku Arulvai and it is directed by Anis who made his directorial debut with the Jai - Nazriya starrer Thirumanam Enum Nikkah. Interestingly, Pagaivanuku Arulvai is an adaptation of William Shakespeare's classic play, Macbeth. Initially, this film was supposed to have Lucia fame actor Sathish Ninasam in the lead role, but it looks like Sasikumar has now replaced him.

Produced by Kishore under the banner of 4 Monkeys Studio, this film will have music scored by Ghibran and editing by Mu Kasi Vishwanathan. The film was officially launched this morning (December 14) with a special pooja. The shooting of the film will happen in the city for the next few days. The lead cast of Sasikumar, Vani Bhojan, and Bindhu Madhavi looks fresh and let us hope that the film turns out to be likable. Director Anis is getting back to filming after a long gap of 6-7 years and hence Pagaivanuku Arulvai is definitely a film to watch out for.

Apart from this film, Sasikumar has several other interesting movies in his lineup and all these projects are in different stages of production. His next set of films include MGR Magan, Kombu Vatcha Singamda, Rajavamsam, Naa Naa, Paramaguru, etc. MGR Magan is censored with a U certificate and is being planned to release in theatres very soon. For now, check out the official announcement of Sasikumar - Vani Bhojan starrer Pagaivanuku Arulvai here: