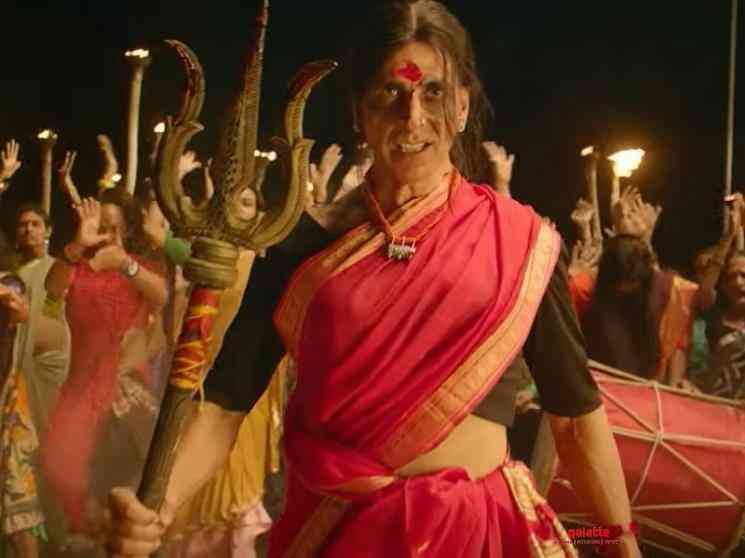 Raghava Lawrence is eagerly waiting for the grand digital release of his debut directorial in Hindi cinema, Laxmmi Bomb which is set to release on November 9 (ahead of the Diwali weekend) on Disney + Hotstar OTT platform. The film has got huge expectations among the fans and this year’s Diwali is indeed going to be very special for them. Laxmmi Bomb is the official Hindi remake of Lawrence’s Tamil blockbuster, Kanchana and Akshay Kumar plays the lead role, reprising Raghava Lawrence’s role. Kiara Advani plays the female lead, while the supporting cast includes Ayesha Raza Mishra, Tusshar Kapoor, Sharad Kelkar, Tarun Arora, Ashwini Kalsekar, Manu RIshi, Babu Antony, Mir Sarwar, Rajesh Sharma and others.

Produced by Cape of Good Films and Fox Star Studios in association with Shabinaa Entertainment and Tushar Entertainment House, Laxmmi Bomb has songs composed by Tanishk Bagchi, Shashi - DJ Khushi, Anup Kumar. The background score is composed by Amar Mohile. Vetri Palanisamy who has done cinematography for Ajith - Siva's films like Veeram, Vedalam and Viswasam has cranked the camera for Laxmmi Bomb. The Hindi dialogues are penned by director Farhad Samji.

The film's trailer garnered a fantastic reception and became one of the most viewed trailers in Indian cinema's history. With such a huge hype surrounding the film, we can expect Laxmmi Bomb to create a new record in terms of OTT viewership. The makers had recently released the video of the song, 'BurjKhalifa' which was nicely shot. The dance moves of Akshay Kumar and Kiara Advani came as a visual treat for the fans and the grand production scale of the film was evident through that.

Following that, the makers have now released a series of short promo teasers that are cut from the trailer. These promos have got a good reception from the fans and the team is trying their best to keep the film in constant buzz. The promos look good and take us back to the Kanchana days. Lawrence as Kanchana (Laxmmi in Hindi) is great and his makeover is sure to garner good attention. The promotional works are in full swing and we can expect more exciting promos and video songs in the coming days. As Laxmmi Bomb is all set to release on Disney + Hotstar platform on November 9, take a look at the newly released series of promos below: