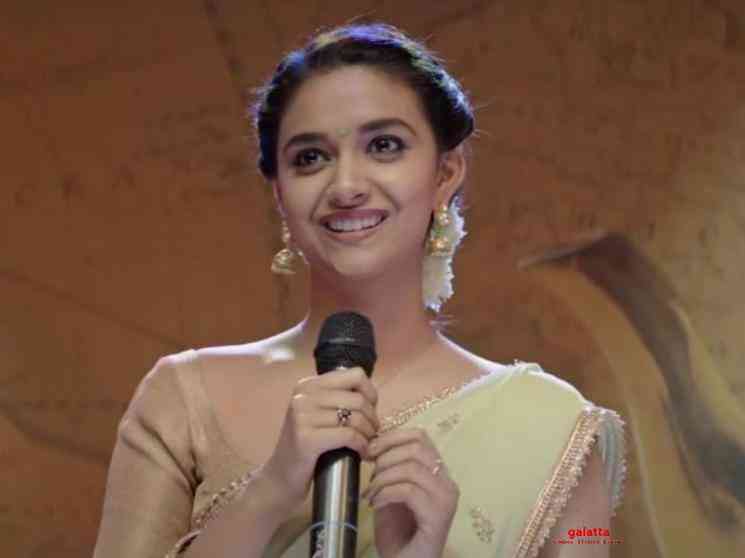 South Indian sensation Keerthy Suresh's rise to the top of the league has been nothing short of astounding and is at present attached to several high profile films in Tamil and Telugu. The National Award-winning actress' upcoming Tamil projects include 'Superstar' Rajinikanth's Annaatthe and Saani Kaayidham opposite director Selvaraghavan. Keerthy, who was last seen in the Tamil thriller Penguin, is also set to be seen in Telugu women-centric films such as the highly-anticipated Miss India, followed by Good Luck Sakhi opposite Aadhi Pinisetty and Rang De alongside Nithiin. Apart from recently being announced to be a part of Mahesh Babu's Sarkaru Vaari Paata, she will also be seen in Mohanlal's ambitious epic historical period film, Marakkar: Arabikadalinte Simham, in Malayalam, which is awaiting its theatrical release once the coronavirus pandemic situation takes a better turn.

Having said that, Keerthy Suresh's next big film is Miss India, which was initially announced to be coming out in theatres, but will now instead be releasing on Netflix on November 4. Directed by Narendra Nath under producer Mahesh S Koneru's East Coast Productions banner, the long-awaited trailer for the upcoming Telugu film has now been released on Netflix and shows Keerthy in a suave and stylish avatar, who aspires to make it big in business by becoming an entrepreneur.

The Miss India trailer is inspirational right from the get go and shows Keerthy Suresh focused on spearheading her own enterprise. We see her character going through trials and tribulations in the form of middle-class parents who want her to pursue a job to make ends meet, until she decides to take the big plunge by becoming a businesswoman and selling Indian Chai (tea) overseas. The trailer also shows Jagapathi Babu as a top competitor, who is looking to put her out of business, and the battle between them is teased aplenty in the visuals thereafter.