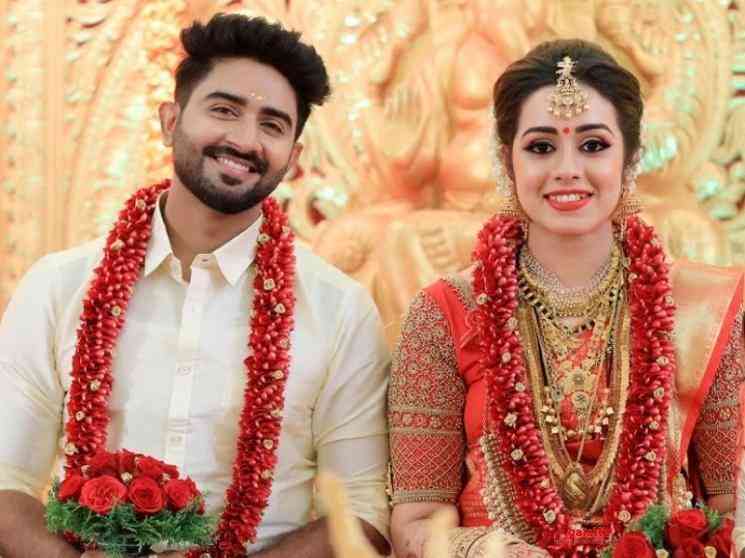 In what has been a rather bleak 2020 for people around the world, there have been a few occasions in the year where news about celebrities either getting engaged and entering wedlock have lifted our spirits reminding us of the happiness that lies ahead. In that light, popular South Indian actor Rahul Ravi got married to Lakshmi S Nair on Sunday (December 27) in a customary Hindu ceremony, with pictures and videos of the happy couple’s wedding going viral on social media. We see Rahul in a traditional mundu and shirt, while the bride Lakshmi is draped in a designer Kasavu saree. Wishes for the newly-wed couple have been pouring in from fans and celebrities on social media, wishing them for a happy lifetime together.

Taking to his Instagram page, Rahul Ravi penned a heartfelt romantic note about Lakshmi S Nair a few days back. He wrote, "It was just another normal day when I met her first, Then I felt it better...Each day after that was better and special for me. Then onwards it was not my day but my life was getting better..with her beautiful smile and talks..then I realised that the girl who is in my life is not just a girl..” she is my life”... thank you @lakshmi.s.nair._ for brightening up my life and being my life...Love u loads...waiting for our big day." Prior to their wedding, pictures from Rahul Ravi and Lakshmi S. Nair's Sangeeth function also went viral on social media.

Rahul Ravi's first appearance as an actor was in the 2013 Malayalam film Dolls, followed by Oru Indian Pranayakadha under Award-winning filmmaker Sathyan Anthikad's direction. He became a household name across Kerala after starring in the hit Malayalam TV show Ponnambili, while also going on to star in films such as Kattumakkan and Jomonte Suvisheshangal. He landed his first big Tamil role in the Sun TV show Nandini, while also reprising his role from the Malayalam show Chocolate for its Tamil version under the same title. Rahul is currently starring as the lead in the Tamil serial Kannana Kanne being telecast on Sun TV.

Below are the some pictures and videos from the Rahul Ravi-Lakshmi S. Nair wedding: