In tragic news, young Kannada actress Soujanya was found dead by suicide at her home in Bengaluru on Thursday. She was 25. Hailing from the Kodagu district in Karnataka, Soujanya, whose real name is Savi Madappa, left a detailed four-page note in which she explains about her deteriorating health problems, while also apologizing to her parents, family members and friends. Soujanya in the handwritten note penned also expressed her gratitude to all those who helped her, with the date revealed to be September 27 on the letter.

In her note, Soujanya wrote, "I am only responsible for this...so family, please forgive me...I had promised I'll never do such stupid thing in my life but I had no option. I was totally killed inside. Day by day, I was going so low. I never seen me before like before." A probe has been launched by the police into her death and are questioning members of her family, friends and colleagues. According to reports, the door to the room of Soujanya was forced to be opened where her mortal remains were found hanging and have now been sent for a post-mortem examination. 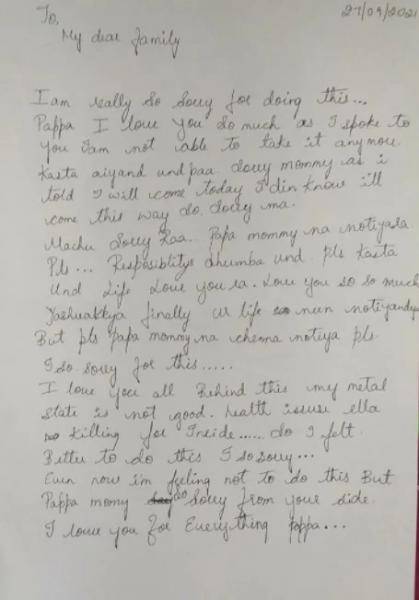 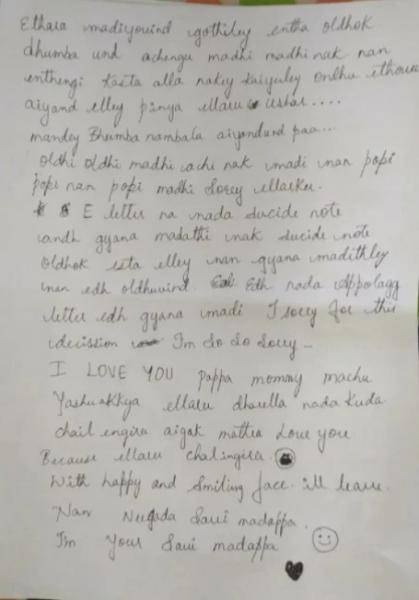 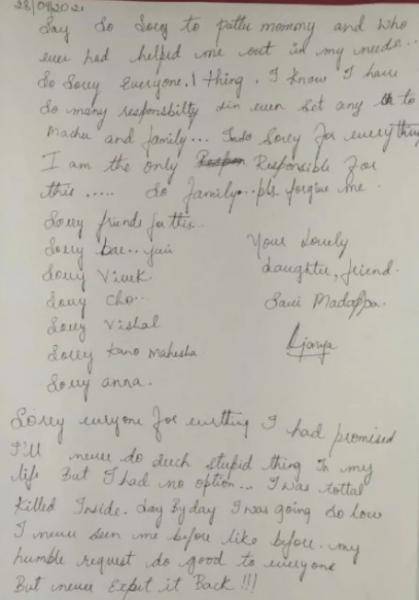 Soujanya had made appearances in a few television serials and a couple of films too. A probe has been launched by the police to identify the problems she had faced, which pushed her to the brink of taking her own life. The news of Soujanya's death is a huge personal loss for her family and we here at Galatta extend our heartfelt condolences to the bereaving family.