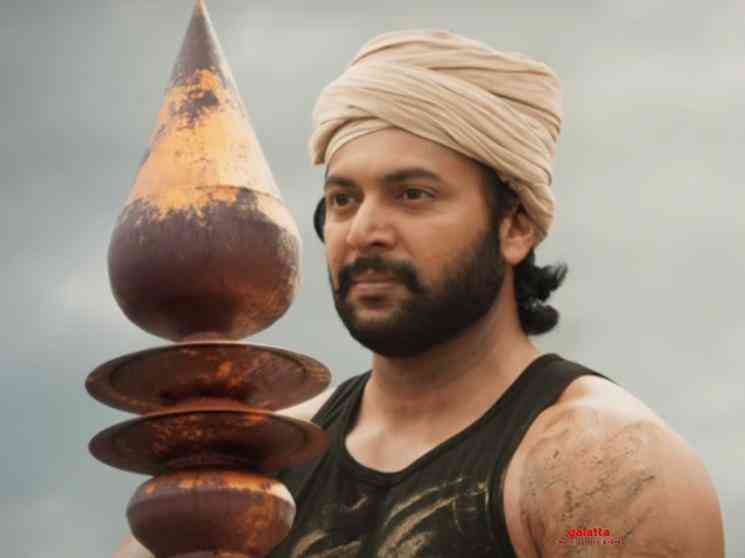 Jayam Ravi's Bhoomi is a landmark film for the actor as it is his 25th venture in his illustrious career. The upcoming film has been carrying huge expectations right from the moment of its announcement last year and is his third-time association with director Lakshman after their previous collaborations Romeo Juliet and Bogan. Produced by Sujatha Vijaykumar under her Home Movie Makers banner, an exciting teaser for the social political drama was released in March earlier this year, with the makers now unveiling the much-awaited intense and action-packed Bhoomi trailer, which has Jayam Ravi delivering a few power-packed dialogues and punches.

Initially, the plan was to get Bhoomi out in theatres on May 1 on the occasion of International Labor Day celebrations. However, the film's trailer has now confirmed that the film will be premiering on Disney+ Hotstar OTT platform on January 14, 2021 and will come as a grand Pongal treat, considering the entire Tamil film industry has been impacted due to the coronavirus pandemic, which indefinitely pushed its theatrical release earlier this year.

Bhoomi has plenty of hype surrounding it, especially after the stellar response to the 'Thamizhan Endru Sollada' song, which was released on Jayam Ravi's birthday and included vocals by 'Rockstar' Anirudh Ravichander. The entire Bhoomi album composed by D. Imman was released a few days back and has received largely positive feedback. Bhoomi will see Jayam Ravi romancing Nidhhi Agerwal, who has become a popular name among South cinema fans, and is also playing the female lead in Silambarasan TR's Eeswaran, which as well is coming out as a Pongal 2021 release.

In line with the film's teaser, the Bhoomi trailer goes one step forward in creating more excitement with its visuals. A social-political drama, the film's trailer makes it quite clear that the story will address a host of issues hindering the progress of the society, while also delving on the tribulations being faced by farmers across the country. Jayam Ravi appears to be an astronaut in Bhoomi and is a small throwback to his Tik Tik Tik, who comes back to his homeland to make improvements, but faces gargantuan obstacles in his path.