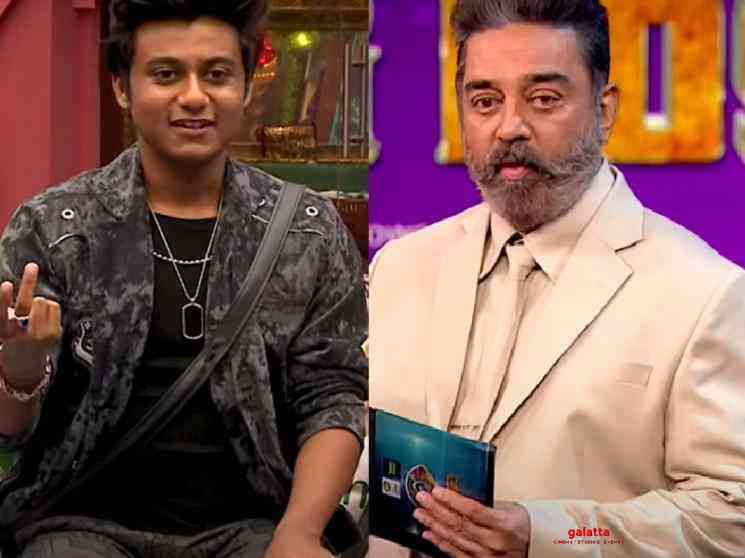 The fourth season of Bigg Boss Tamil is slowly gaining momentum and is becoming a hot topic on social media. Every night's episode seems to have something interesting. Tonight's (October 25) show will also be one such interesting episode as the audience would be getting to know the eviction poll results. Five contestants were nominated this weekend and it included Aajeedh, Suresh Chakravarthy, Balaji Murugadoss, Aari, and Anitha Sampath. The show's host Kamal Haasan announced in last night's episode that Balaji Murugadoss is saved which leaves the other four in the danger zone. Aajeedh has the eviction free pass which could probably save him from getting evicted.

Having said that, Vijay TV has now released the first promo for tonight's episode and it creates a good curiosity. In this promo, we see Kamal Haasan asking Aajeedh who he thinks could be evicted. The Super Singer champion says he feels he could be evicted. Kamal Haasan listens to him as he is on the verge of revealing the eviction card. This promo definitely teases the audience and the fans are already discussing all the probabilities of who could walk out of the show. According to the reports online, it is said that no one is evicted this week. Aajeedh was supposed to go out of the house with the least number of votes, but the eviction free pass has helped him stay and continue his game.