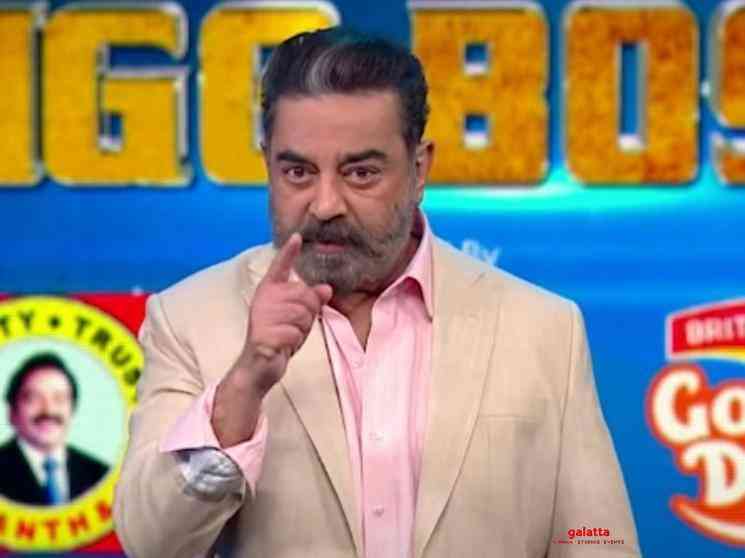 Bigg Boss Tamil season 4 is nearing the end of its third month, with a lot of drama and emotions witnessed already on the reality show since it kicked off in early October. Being hosted once again by 'Ulaganayagan' Kamal Haasan, Bigg Boss 4 being telecast on Vijay TV and streamed on Hotstar has seen nine contestants getting evicted so far among whom include Rekha Harris, VJ Archana, Velmurugan, Suresh Chakravarthy, Suchithra, Samyuktha Karthik, Sanam Shetty, Jithan Ramesh and Aranthangi Nisha. The remaining contestants on the show at present include Ramya Pandian, Rio Raj, Shivani Narayanan, Gabriella Charlton, Aajeedh, Balaji Murugadoss, Som Shekhar, Anitha Sampath and Aari and were seen putting in their maximum efforts during the 'Ball Catch' task throughout the week.

Now, Kamal Haasan in the first promo for day 83 of Bigg Boss Tamil season 4 addresses viewers, where he is recapping the events of the week so far. He cites the incident where Anitha loses her cool at Aari for speaking about her family. Kamal next says that the other group inside the Bigg Boss 4 house point out to the opposite contestants in the response for their actions. The actor-politician then goes on to inform that only three more weeks remain for the show to draw to a complete finish. He then says that viewers have understood the contestants and their activities quite well based on the votes cast so far, even though those in the Bigg Boss 4 house are yet to realize their mistakes. He concludes saying that the people's voice is the ultimate decision and it will be felt by the contestants soon.

It will be interesting to see what Kamal Haasan will have to say for the contestants' actions and words over the past week. Fans are now waiting to see who will be sent out as part of this week's Bigg Boss 4 eviction process, with many on social media speculating either Anitha Sampath or Aari to be shown the exit door. Watch the Bigg Boss Tamil Season 4 | 26th December 2020 - Promo 1 below: