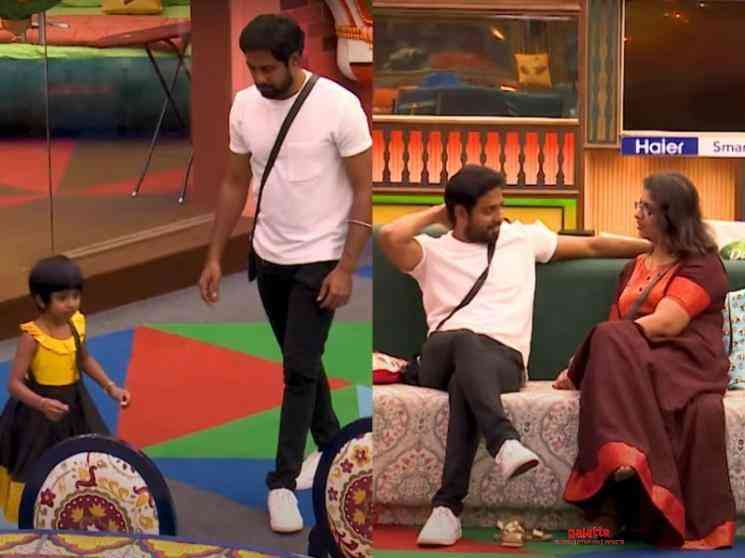 Bigg Boss Tamil season 4 is nearing the end of its third month, with the hit reality show's ongoing edition also set to come to an end in the next few weeks. Having started in October, Bigg Boss 4, now in its day 88 and being hosted by 'Ulaganayagan' Kamal Haasan, has so far seen 10 contestant evictions among whom are Rekha Harris, Sanam Shetty, Suresh Chakravarthy, Jithan Ramesh, Velmurugan, Samyuktha Karthik, Anitha Sampath, Aranthangi Nisha and the wildcard entrants Suchithra and Archana. The battle is now on between the remaining contestants - Ramya Pandian, Som Shekhar, Rio Raj, Shivani Narayanan, Aari, Balaji Murugadoss, Gabriella Charlton and Aajeedh - with family members and close friends of the participants making appearances on the show over the past week.

Now, Vijay TV has released the third promo for Thursday, which focuses on Aari, who is surprised by his wife and daughter. In this latest promo, we see Aari's daughter Riya running around before the actor tells her to ask Bigg Boss for a task. Riya then goes on to call out Boss and say task, after which she is told to head to the confession room and escort her mother out. We then see Aari's wife Nathiya appear and speak with the rest of the Bigg Boss 4 housemates, with Riya shown to be playing in the garden area with Shivani. In the meantime, the couple move away to a vacant spot in the Bigg Boss house to talk, with Nathiya telling Aari that she has liked his approach in playing without hurting anyone's feelings. Aari then acknowledges her reply and says he isn't one who will do anything as such.

Next, Nathiya tells Aari that she hasn't seen any difference in his attitude or behaviour during his stay in the Bigg Boss 4 house stating he is never fake and is just as he is when he was at their home. If there was ever an instance that Aari might have felt the housemates were against him, such thoughts must have now gone away to a considerable extent after the reassurance of his wife and the appearance of his daughter. Watch the Bigg Boss Tamil Season 4 | 31st December 2020 - Promo 3 below: