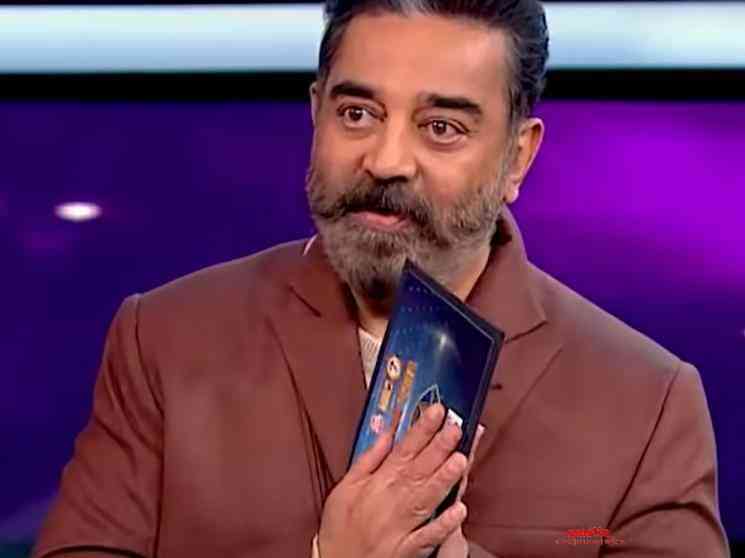 The fourth season of Bigg Boss Tamil is just two weeks away from its highly anticipated grand finale and the fans are super excited for it. The show has got a phenomenal fan base, attracting high amounts of viewership. As of now, there are eight contestants inside the Bigg Boss house - Aari, Aajeedh, Balaji Murugadoss, Rio Raj, Ramya Pandian, Shivani Narayanan, Gabriella, and Som Shekar. The show is being aired daily on Vijay TV and Disney + Hotstar OTT platform at 9.30 PM in the night. While the weekday episodes are aired from 9.30 PM - 10.30 PM, the weekend episodes featuring Kamal Haasan are aired from 9.30 PM - 11.00 PM.

However, it looks like the telecast timings are now going to be changed. Yes! The timing of Bigg Boss will be changed and this change comes in effect from January 4, coming Monday. Vijay TV’s serial Raja Rani, starring Alya Manasa and Thirumanam fame Sidhu will be aired at 9.30 PM from January 4. The makers of the serial have released a new promo informing the audience about the timing change. Going forward, Raja Rani serial will be aired at 9.30 PM during the weekdays and Bigg Boss 4 is likely to be pushed by 30 minutes. As of now, it looks like there might not be any change in the weekend timing of Bigg Boss, but the weekday telecast schedule is going to change due to the shuffle in Raja Rani and other serial timings.

Bigg Boss 4’s upcoming weekday (Monday - Friday) episodes will be aired between 10.00 PM - 11.00 PM, while the weekend episodes will continue with the old schedule. Vijay TV is launching their new serial, Paavam Ganesan from Monday and due to the arrival of this new serial, the timings of rest of the other serials have changed, and subsequently, Bigg Boss’ timing has also been changed. This news has created a mixed response from the audience and it looks like people are disappointed about the change.

A certain section of the viewers feel that the new timing of Bigg Boss 4 might not work well since the majority of the Tamil household audience switch off the television after 10 PM. As of now, the change is happening and get ready to watch Bigg Boss 4 Tamil at 10 PM from January 4. Check out the official promo suggesting the change of Bigg Boss 4’s timing here: