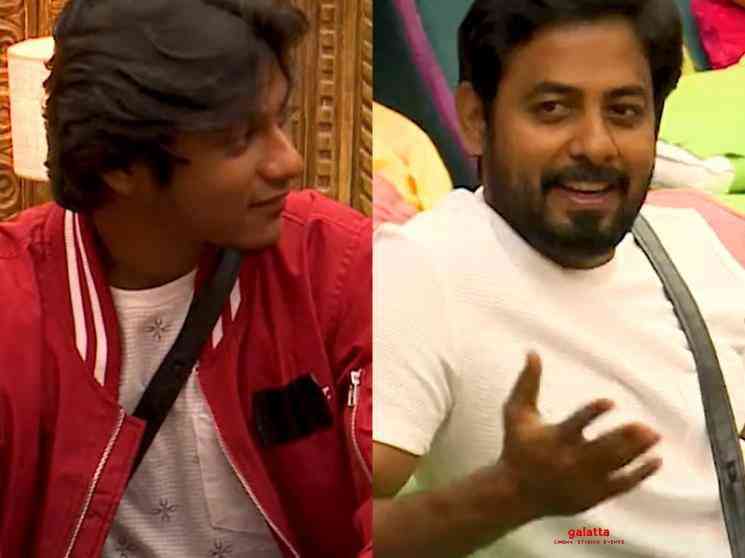 The family members of Bigg Boss contestants are entering the house to meet their loved ones and so far we have seen the families of Shivani, Balaji, Ramya Pandian, Rio, and Som coming into the house. While Shivani's mother was quite harsh on expressing her opinions and thoughts, the other families reacted positively. In last night's (December 30) episode, we saw Ramya Pandian's brother and mother talking to her about her game. Ramya's brother pointed out that if she gets evicted this week, she need not worry about it. Following that, Rio's wife Sruthi came inside the house and it was heartwarming to see Rio and Sruthi together.

The couple expressed their love for each other and the vibe was very positive. Towards the end of the show, Som's younger brother came into the house and it was also quite fun. In today's episode, we will be seeing Aajeedh's mother and family members entering the house to meet the young talent. Vijay TV has released the second promo for tonight's episode and this promo gives us a glimpse of their portion. Aajeedh hugs his mother tight and there is a sweet exchange of emotions. Aajeedh's family members talk to other housemates about Aajeedh and tell that since he is the youngest in the Bigg Boss house, other housemates can guide him on what is right and what is wrong.

Aari replies saying that he tried to tell him about it, but could never do it since Aajeedh was not interested in hearing him. Aajeedh's mother feels that he is not talking much inside the house and tells that his voice needs to be heard more. Those who have been following the show regularly would know that Aajeedh's presence in the house has not been effectively registered. Aajeedh and Shivani have been criticised by a certain section of audience for not voicing their thoughts and playing their game effectively.

It looks like Aajeedh's mother also feels the same. Aajeedh's family members feel that the rest of the housemates can give him an idea of how to play the game properly. Let us see if this visit makes any difference in Aajeedh's gameplay in the further days. Meanwhile, five contestants have been nominated for this week's eviction and it includes Ramya Pandian, Aajeedh, Shivani, Gabriella, and Som Shekar. We will know the eviction results in the weekend episode. For now, check out the newly released promo here: