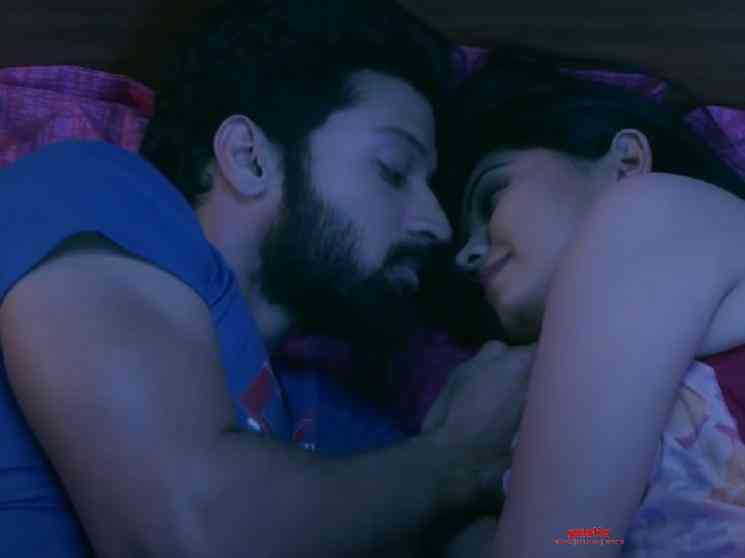 Yen Peyar Anandhan is an upcoming Tamil film that stars Santhosh Prathap of Kathai Thiraikathai Vasanam Iyakkam fame and Athulya Ravi in the lead roles. The film is directed by Sridhar Venkatesan who earlier directed one of the portions in the Tamil anthology, 6 Athiyayam. The trailer of the film has now been unveiled and it was released by actors Vijay Sethupathi and Aishwarya Rajesh. Looking at the trailer, it looks like Yen Peyar Anandhan will be an interesting watch. The makers do not give away too much with the trailer and maintain the suspense for good. The film is said to deal around a man and his cinema journey. We don't get to see many films revolving around cinema and in that Yen Peyar Anandhan is a refreshing watch.

The trailer is packed with some fine moments. The trailer looks quite promising and seems to have an unique plot line which has the potential to connect well with the masses. Santhosh Prathap is very impressive and he shows good intent. Santhosh was last seen in an important role in Ashok Selvan’s Oh My Kadavule and he played the role of Vani Bhojan’s pair. Though we don’t see Athulya much in the trailer, she makes the frame colourful and bright with her screen presence. The initial response to the trailer has been positive and the reception is evident through the comments on social media.

Yen Peyar Anandhan has been certified with a clean U certificate and it is expected to have a theatrical release when theatres get ready to play newer contents. Notably, the film has won the Best Indian Tamil Thriller Film award at the Sardar Vallabhbhai Patel International Film Festival 2020. The film was also screened at several other prestigious International film festivals. Going by the reception given to the film at these International arenas, it looks Yen Peyar Anandhan will be a film to watch out for.

Produced by Sridhar Venkatesan and Gopi Krishnappa under the banner of Savitha Cine Arts and Kaavya Productions, this film also features Deepak Paramesh, Aravind Rajagopal and Arun in pivotal roles. On the technical front, Yen Peyar Anandhan has music scored by Jose Franklin and cinematography handled by Mano Raja. The editing and art direction departments are headed by Vijay Andrews and Ezhumalai Adikesavan respectively. For now, check out the official trailer of Sridhar Venkatesan’s Yen Peyar Anandhan here: