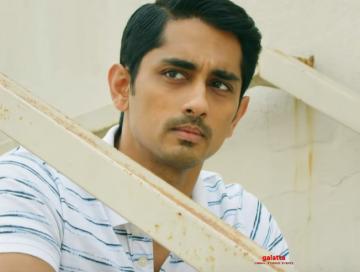 Siddharth - G.V.Prakash starrer Sivappu Manjal Pachai, directed by Sasi of Poo and Pichaikkaran fame, hit the screens a few days back on September 6th. The film opened to reasonably positive reviews from the critics. The family audiences seem to have given a thumbs up since the core theme is catered to them. This film features Siddharth as an honest traffic cop and GV Prakash as an illegal street bike racer. Malayalam talent Lijomol Jose plays the central character in Sivappu Manjal Pachai and she anchors the film.

She plays Gv Prakash's elder sister and Siddharth's wife, thereby acting as the bridge between the two protagonists. The makers have now released a new scene from the film and this one is a very sensibly written scene. This important scene has some highlight dialogues that connected with the family audiences. This scene tells that men do not have to look down at the women dresses.

This sneak peek scene has opened to a positive reception from the fans and that is evident through the comments below the video on YouTube. With music by Siddhu Kumar and cinematography by Prasanna S Kumar, this emotional action drama is produced by Ramesh Pillai for Abhishek Pictures. If you haven't seen the scene yet, here it is: