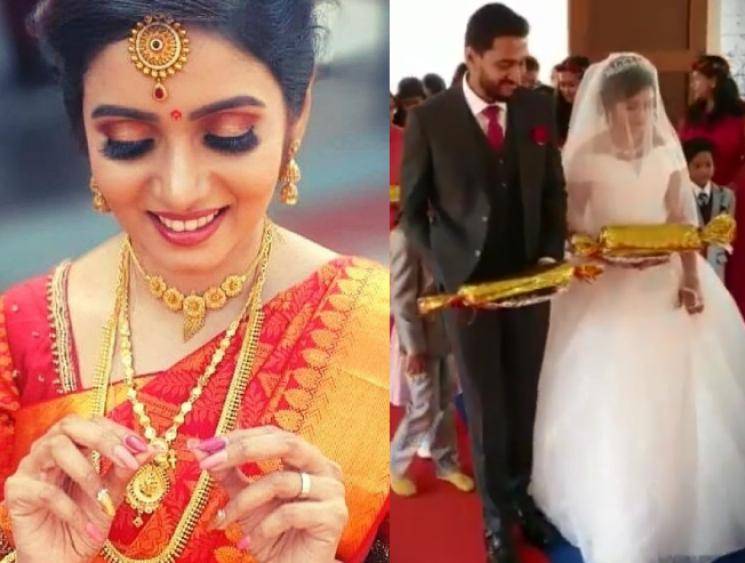 Popular Tamil serial actor Srithika Sri got hitched recently and the pictures and videos from the wedding event has been going viral on social media. According to the update shared by Srithika, she got married to Saneesh on December 30 in Kerala and the wedding happened as per the Christian traditions. The wedding was a private affair and the guests included only the couple’s family and close set of friends. Srithika, who made her debut with the highly popular Tamil serial, Metti Oli, became a renowned household name after acting in serials like Kalasam, Kula Deivam and Kalyana Parisu 2.

She got her breakthrough through the super hit television serial, Nadhaswaram, in which she played the female lead, pairing opposite Thirumurugan (Gopi in the serial). Apart from these serials, Srithika also starred in films like Mahesh Saranya Mattrum Palar, Vennila Kabadi Kuzhu, Madurai to Theni Vazhi Aandipatti, Venghai, and others.

Srithika’s social media timeline is flooded with wishes and congratulatory messages from her fans, followers, and well-wishers from the industry. At this happy juncture, Galatta Media sends its heartiest wishes to the newly married couple. Check out the video shared by Srithika here: