Dhanush D44 with Sun Pictures to be directed by Mithran Jawahar 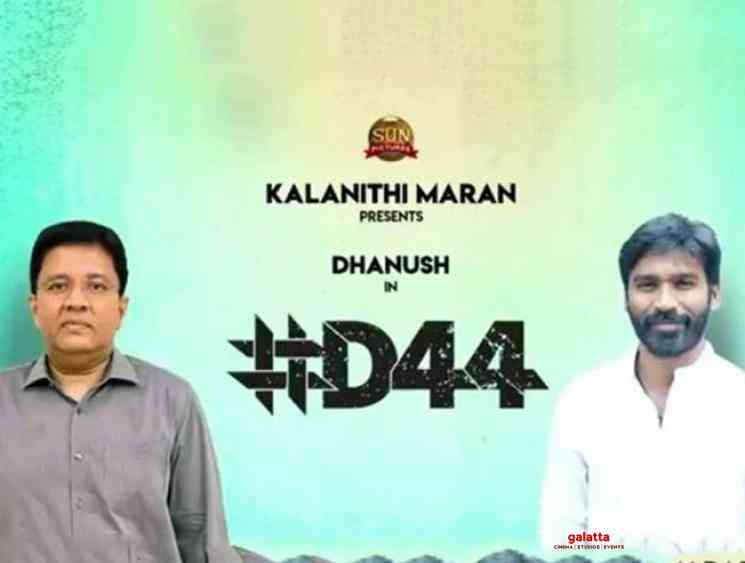 Following the stupendous success of Asuran in 2019, Dhanush is looking forward to the release of his next movie Pattas. This movie, directed by RS Durai Senthilkumar, is being bankrolled by Sathya Jyothi Films. Pattas is reportedly hitting the screens on January 16th, to capitalise on the lengthy Pongal holidays. Meanwhile, Dhanush has just finished shooting for his next project - D40, which is being directed by Karthik Subbaraj. All this on one side, Dhanush's D44 is making the headlines with interesting updates. Recently, we had broken the news that D44, which is to be produced by Sun Pictures, will be based on a script penned by Dhanush himself!

Now, we have yet another exciting news to break! While there are many speculations that Dhanush himself might be directing D44, our sources close to the production team tells us otherwise! We can confirm that director Mithran Jawahar would be helming Dhanush's D44! Mithran Jawahar is known for remaking super hit movies from other languages as all his four directorial ventures so far, have been remakes. Of the four movies he has made till now, Mithran Jawahar has directed Dhanush in three of them, including Yaaradi Nee Mohini, Kutty and Uthamaputhiran. His last release was the 2016 movie Meendum Oru Kadhal Kadhai.

After D40, Dhanush will be working with Mari Selvaraj of Pariyerum Perumal fame. This movie, which will also have Natty as part of the cast, is expected to go on floors before the end of this month. Following this, Dhanush will be working with director Ramkumar of Raatchasan fame, for his D42. As of now, the speculations are that Dhanush will once again be coming together with his brother Selvaraghavan for his 43rd movie, following which he would begin work on D44. Stay tuned to get all the latest updates on what's happening in Kollywood!