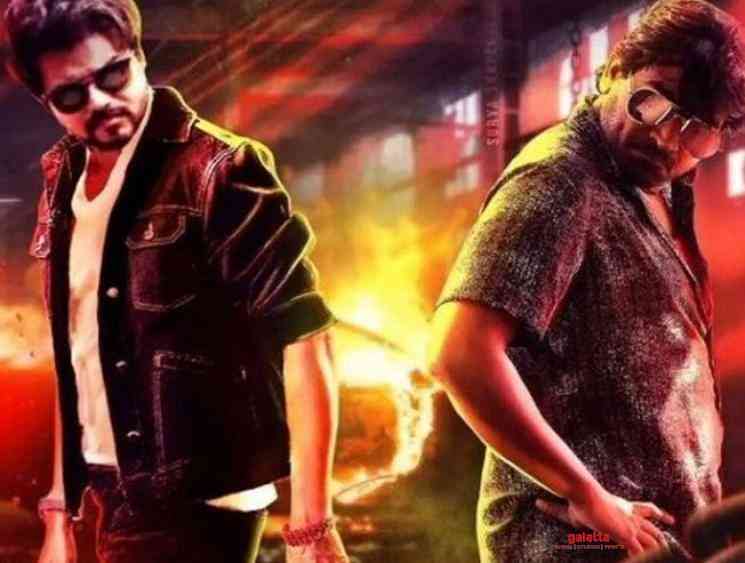 'Thalapathy' Vijay’s upcoming film, Master, being directed by Kaithi fame Lokesh Kanagaraj recently wrapped up a major schedule of filming at Shimoga in Karnataka. The next schedule to be shot at Chennai will carry forward for the next two weeks with the film announced to come out in April 2020 as a grand summer release. With the Master first look being released on December 31, 2019 as a New Year's treat for fans, Vijay's look has gone on to become a huge subject of discussion with many giving a double thumbs up for the poster. That said, the discussion has now shifted towards when the Master second look poster will be releasing with many speculating it would be out on 'Makkal Selvan' Vijay Sethupathi's birthday on January 16. Although no official statement has yet been made by the production banner, XB Film Creators, there is a strong possibility that the Master second look could be unveiled on January 16 on the occasion of Vijay Sethupathi's birthday while also serving up a Pongal treat for fans everywhere.

Prior to the title reveal and the release of the Master first look, there were speculations that the second look poster would be unveiled on New Year's day, but was later denied by our close sources. It was being said the second look poster would be released keeping in trend with the previous films of Vijay namely Mersal, Sarkar and Bigil. Now, it is a waiting game as to whether the Master second look poster featuring Vijay Sethupathi will if indeed be released on the versatile star's birthday. The Vijay and Vijay Sethupathi starrer, Master, initially tentatively titled, Thalapathy 64, has been carrying tremendous expectations right from the moment the project went on floors in October 2019 with the film also featuring Malavika Mohanan as the female lead followed by Kaithi villain Arjun Das, Shanthanu Bhagyaraj, 96 fame Gouri Kishan among others in major starring roles and Anirudh Ravichander scoring the music.