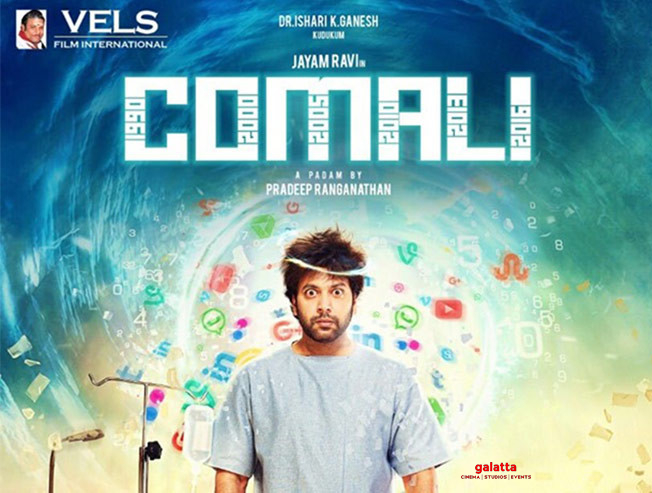 If a film's trailer created high amounts of expectations in the recent times, Jayam Ravi's Comali will easily be one of the picks. This Pradeep Ranganathan directorial's trailer became a sensational hit on social media, that had some really funny moments. With Kajal Aggarwal and Samyuktha Hegde playing the female leads, this film is produced by Vels Film International. This Jayam Ravi starrer has now hit the screens amidst very good buzz and anticipation among the audience. Check out our review.

As like the trailer suggested, this film deals with a Coma survivor who wakes back to life after a gap of 16 years. What are the new things that Ravi discovers in this new journey of life is answered through an emotional fun ride.

Jayam Ravi is very natural in the character of Ravi and he looks lively on screen after a very long time. We see the kind of Ravi whom we earlier witnessed in films like Santhosh Subramaniam. Ravi has gotten an impeccable belief in this script and that is seen through his performance in the film. His makeover as a 16 year old school boy is interestingly done and Ravi looks believable. Ravi has also delivered an emotionally fitting performance that we get to see. 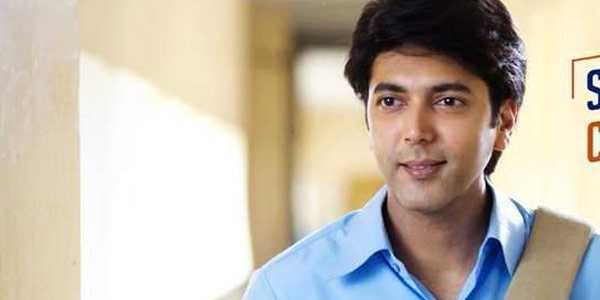 It is not just a yet another role for Yogi Babu and he travels throughout the film with Ravi. He definitely helps with a lot of laughs through his counters. Samyuktha Hegde and Kajal Aggarwal doesn't have much to support with the proceedings, but they do what is given to them. Vinodhini and RJ Ananthi pull off the emotions well despite the very limited screen space.

The biggest strength of Comali is that the premise by itself gives so much of scope for humour and the flow is natural and organic. Not anywhere you tend to feel that a comedy is force fitted just for the sake of bringing laughs. The Google Maps sequence is a laugh riot that would easily connect with the masses. There are a lot more examples to suffix this point. Likewise, the emotional scenes are also neatly executed.

The sequence where Ravi explains about the difference between the reality and virtual world will relate to a lot of people, especially the youngsters. The flood sequences are well shot; ample credits to the team for that. Comali has a lot of scenes that individually score really well, but on the larger picture, the effect is comparatively lesser. 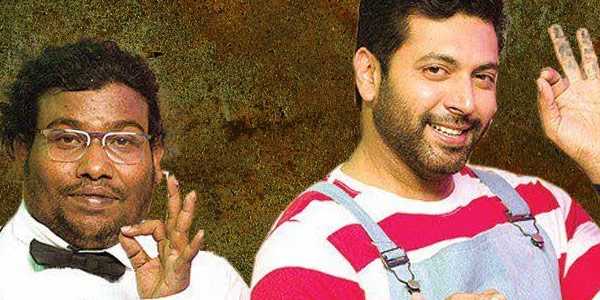 On the flipside, Pradeep's writing does suffer from a few cliched situations thereby reflecting in the film's predictability. Also, a few things are over exaggerated that inturn made things look dramatic. The lust angle towards the woman in the tea shop doesn't seem to be convincing. It was worrying to see women objectification scenes coming from a new-gen young talent like Pradeep. How long are our filmmakers going to try inducing laughs through that? The writing looked very flat and convenient at places. In an unfortunate note, the film faces a dip from post-interval that lasts until the flood sequence. Around 45 minutes in that portion finds it hard to engage the audience.

The film fails to captivate the audience's attention post the interval and it becomes a tough task to bring them back to track. Despite having a noble message that emphasizes on the importance of humanity, it is overdone and turns preachy over a point in time. One would also feel that the main conflict in the film could have been even more stronger and exciting rather than the precious statue angle. Probably, if Ravi had wanted to rediscover the things that he lost in these 16 years, that could have been even more exciting and entertaining. The film has a very thin plotline and it lacks a refreshing touch. Had the treatment been given a new look, things would have been different. One would also wonder how could the censor board certify this film with a clean U certificate. 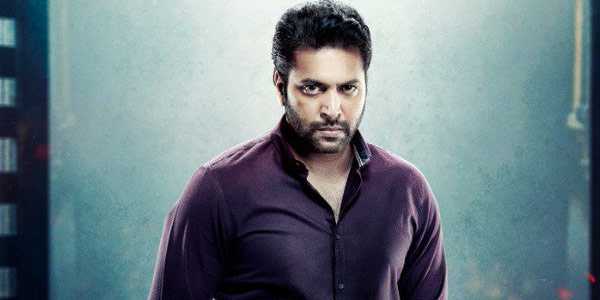 Hiphop Tamizha transfers the energy with his pulsating background score, however, in the emotional scenes, the work could have been even better. The songs like Paisa Note, Hi Sonna Podhum and Nanba uplifts the audience's mood in the theatre. Richard M Nathan's visuals is a valuable asset and his experience comes in handy. The rich color palette filled with the blue tone mostly supplements the mood setting of the film. Pradeep Ragav's edit could have been a little more crispier since the second half loses momentum comparatively. However, in a nutshell, Comali is an emotional fun ride that has the potential to connect with the masses if you could spare the dull moments in the second half. 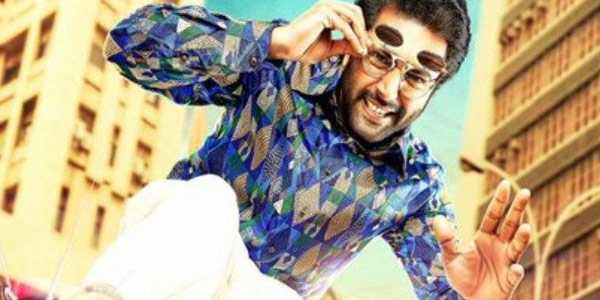 Verdict :An exaggerated emotional fun ride that works in parts; likely to appeal for the masses!

Comali is a Tamil movie. Samyuktha Hegde,Hip Hop Tamizha,Jayam Ravi,Yogi Babu,Kajal Aggarwal are part of the cast of Comali. The movie is directed by Pradeep Ranganathan Music is by Hip Hop Tamizha . Production Vels Film International.