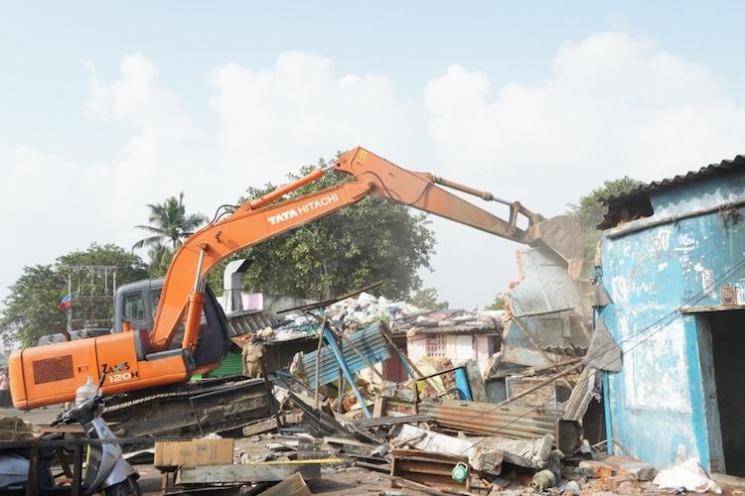 The Greater Chennai Corporation, the Public Works Department and the Chennai River Restoration Trust together razed the residential buildings along River Cooum at Sathyavani Muthu Nagar, opposite Island Grounds. According to officials, this is the oldest and largest slum in the city. Some of the inhabitants have been protesting the move on several reasons and the officials are calling it insignificant as only some families are protesting.

There were around 3500 families in Gandhi Nagar, Satyamoorty Nagar, and Indira Nagar, along the Cooum near Triplicane. According to both the residents and the official records, they have been living there for the past 50 years. G Selva, CPI(M) Central Chennai District Secretary and one of the residents protesting the eviction drive, accuses the government of using the name of the ongoing river restoration to conduct illegal evictions. According to the residents, they were not given any warning about the date of eviction and they were told that only the first row of houses on the riverbank will be demolished. The protesters claimed that though only about 150 houses need to be demolished, the officials forcibly removed the inhabitants of the entire stretch and demolished over 178 houses only on Sunday. The protesters were reportedly abused verbally, and even women were manhandled before they were forced to retreat. Senior officials, including departmental Assistant Commissioners, are accused of having stood on the side as the police manhandled the women among the protesters. The inhabitants of the adjacent houses are still residing in their houses even though electricity has been cut off.

The second biggest settlement along Cooum, which housed nearly 1000 families near the MTC head office, Anna Salai, was cleared earlier in the month. Two weeks ago, around 222 structures in Sathyasai Nagar were razed and the people living there asked to relocate to Tamil Nadu Slum Clearance Board tenements in Perumbakkam, where they have been allotted accommodation. Of the 16,598 encroachments found along the Cooum, 11,890 have been removed so far. 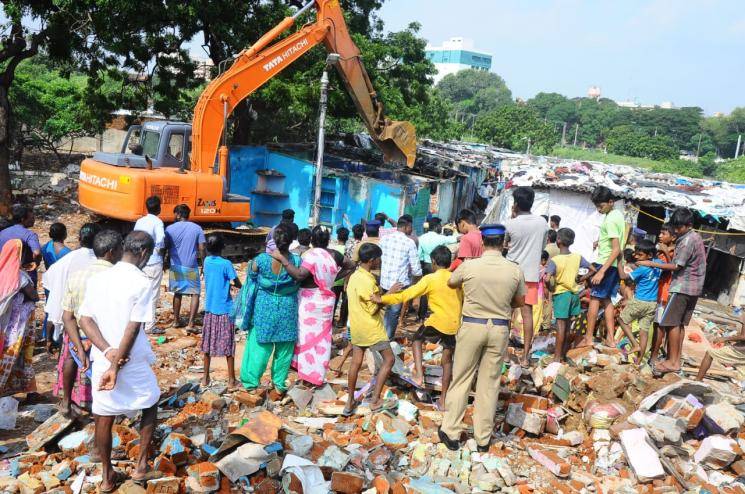 Revenue administration and disaster management commissioner J Radhakrishnan had earlier said about 80% of the encroachments along the Cooum have been cleared. Those who have been provided alternative accommodation in Perumbakkam will get a shifting allowance of ₹5,000. For the first three days of their shifting, the corporation will provide food and water.