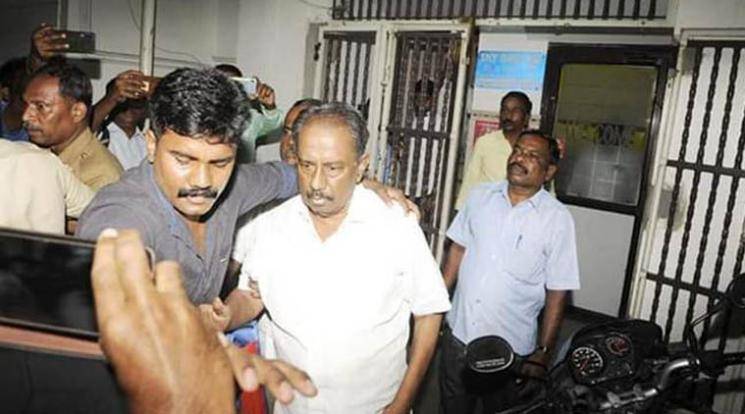 Chennai: Tamil orator Nellai Kannan, who was booked on Monday over a speech that the BJP leaders took exception to, was arrested late on Wednesday following a protest by the national party. He was arrested for making 'provocative' remarks against Prime Minister Narendra Modi and Home Minister Amit Shah at an anti-CAA protest meeting held by the Social Democratic Party of India (SDPI) in Tirunelveli on Saturday. 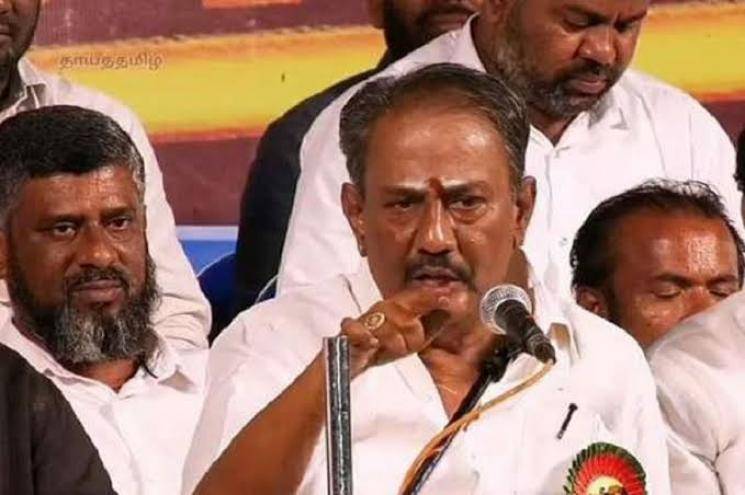 The Tamil Nadu unit of the BJP had earlier filed a police complaint seeking action against Nellai Kannan, alleging that his remarks during the event went against national integrity and may lead to communal clash. Apart from the police complaint given by BJP state unit spokesperson Narayanan Thirupathi, BJP party General Secretary KS Narendran also petitioned the state Director General of Police separately.

There are several videos of Nellai Kannan slamming Narendra Modi and Amit Shah for bringing the Citizenship Amendment Act. “There is one guy called Amit Shah. (Modi) is the Prime Minister but (Amit Shah) is his brains. If Amit Shah is finished off then Modi is finished too. Leave that be to one side,” he says. The BJP complaint alleges that Kanna adds that he was shocked that "Muslims have not yet killed the Prime Minister and Home Minister..." The video shows Nellai Kannan on the dias with Velmurugan of the Tamizhaga Vazhvurimai Katchi and Nellai Mubarak, state chief of the SDPI.

Though he was booked under IPC sections 504 {Intentional insult with intent to provoke], 505(1)(b) [intent to cause, or is likely to cause, fear or alarm public], and 505 (2) [statements which create or promote enmity, hatred or ill-will between classes], Nellai Kannan was not arrested. He was also taken to a private hospital in Permablur on Tuesday after he complained of health issues. 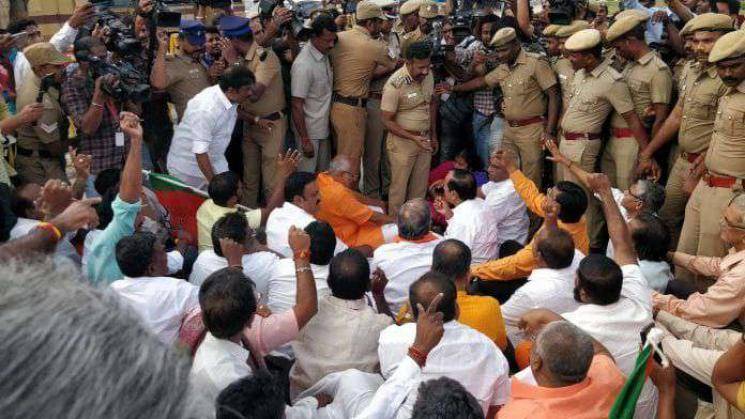 Following this on Wednesday, top BJP leaders, including Pon Radhakrishnan, La Ganesan, CP Radhakrishnan and H Raja, staged a demonstration near the Gandhi statue on the Marina Beach. The BJP also petitioned Governor Banwarilal Purohit seeking action against Kannan. Sitting on a dharna, the group raised slogans urging police to arrest the orator immediately. They were all arrested along with 300 cadres and booked under sections 143 (Unlawful assembly), 145 (Joining or continuing in unlawful assembly, knowing it has been commanded to disperse) and 341 (wrongful restraint).

According to the Times of India, Nellai Kannan was arrested within hours from a guest house in Perambalur. He was taken to the Tiruchy Government Hospital to confirm if he was fit to travel before being produced before the judicial magistrate, who sent him into custody.