Woman who immolated self in police station dies

Chennai woman who immolated self in Telengana police station dies 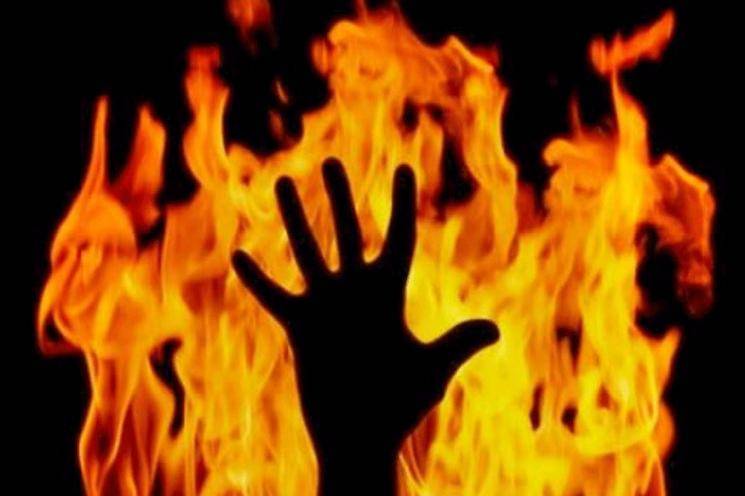 Hyderabad: The Chennai woman who had set herself ablaze in front of the Panjagutta police station even as the cops were inquiring with a man who cheated her, died in the Osmania General Hospital on Wednesday night. The man in question was booked for abetment of suicide after the woman succumbed to injuries.

According to sources, Lokeshwari (37) married one Srinivas in 2000, but the two separated within years. Lokeshwari met Praveen Kumar through an online matrimonial site and the couple began living together in a house in Maqtha, Khairatabad. It is thought that the woman believed that they would get married in a while. In 2013, Praveen Kumar set up a small jewellery store and made Lokeshwari the manager. After a fallout a year later, he filed a complaint of gold theft against Lokeshwari, following which she was arrested. They later made a compromise at the Lok Adalat and Praveen Kumar had promised to give Lokeshwari a sum of 7 lakh in compensation.

On Tuesday, Lokeshwari reached the Panjagutta police station, where she filed a complaint against Praveen. Even as a friend who had accompanied her to the station was talking to the policemen inside, the woman walked out to the verandah and set herself ablaze. She was taken to Nizam's Institute of Medical Sciences (NIMS) from where she was later referred to the Osmania hospital.

Following Lokeshwari's death, the Panjagutta police changed the case of cheating which was registered against Praveen Kumar to that of abetting to suicide. Though a team was sent to pick him up at his house in Warasiguda, the house was found to be locked. A hunt is on.