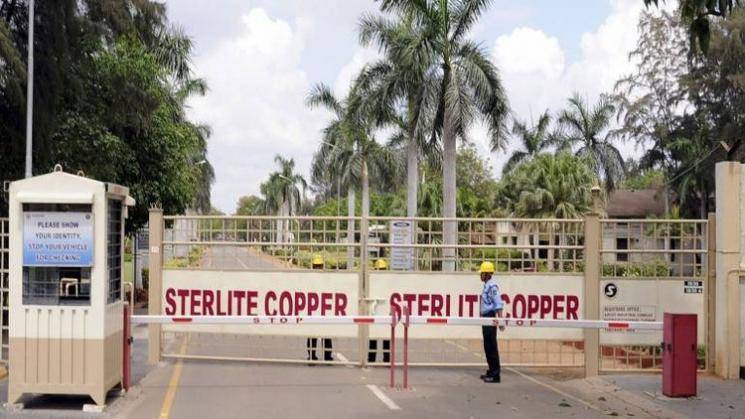 Thoothukudi: The closed Sterlite copper plant in the district is causing a daily loss of Rs 5 crore, the company's spokesperson has told the media. The Sterlite copper plant of the Vedanta group has been shut for the past two years following civil protests that had ended in police firing that killed over 13 people.

Two years ago, muted protests against the pollution caused by the Sterlite plant, which had been on for some years, took a drastic surge, after the company announced extension plans. The company had announced that it would double the plant's capacity to 800,000 tonnes at an estimated investment of Rs 2,400 crore and a majority of the public joined the protests seeking the closure of Sterlite plant.

The public maintained that though the company provided jobs and supported social causes in the district, it was little against the widespread pollution the smelter was causing. Police firing at a protesting mob killed 13 people and consecutively, the Tamil Nadu Pollution Control Board (TNPCB) rejected the company's application for renewal of Consent to Operate in April 2018. The company was able to get orders for renewal of license from the National Green Tribunal but the state challenged it in the Supreme Court, which directed the matter to the Madras High Court.

Minister of Commerce and Industry Piyush Goyal had recently told the Rajya Sabha that imports of refined copper had increased from 44,245 tonnes to 92,290 tonnes. The exports of refined copper had declined from 378,555 tonnes to 47,917 tonnes. The Thoothukudi plant accounted for 40 percent of India’s copper smelting capacity. Production in India fell by 46.1 percent since 2019.