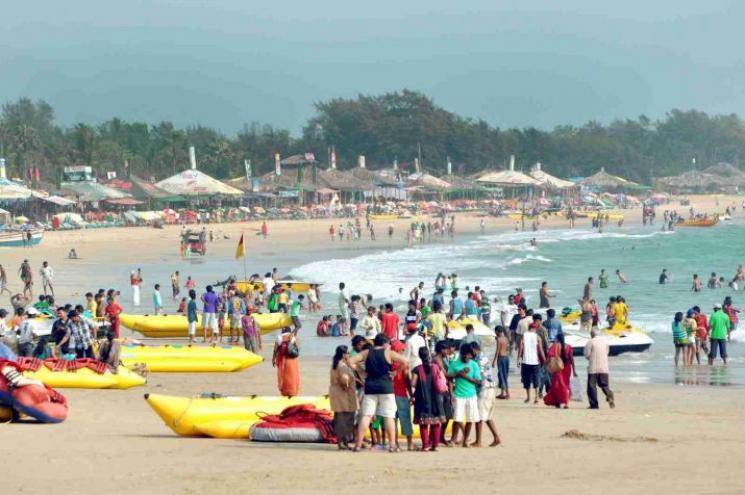 Panaji: North Goa, which happens to have some of the most popular beaches such as Anjuna, Baga, Calangute, Vagator, has been placed under CrPC section 144 following intelligence information warning of possible unrest on the west coast.

Section 144 of the Criminal Procedure Code bans unlawful assembly of people and makes provisions to conduct verification with people staying in rented houses, hotels or lodges. While a curfew mandates that one should not step out at all, Section 144 only restricts the assembly of people. One may also not carry about anything that may be used as a weapon.

North Goa District Magistrate R Menaka, who issued the notification imposing CrPC Section 144 for 60 days from February 11 to April 10, noted that it was necessary to act fast to save life and thwart any untoward incidents.

According to the notification, Section 144 was being imposed in view of the "prevailing situation in the country", and intelligence inputs regarding possible terror threats along the western coast and the possibility of anti-social elements committing crime in Goa 'or elsewhere'.

The district magistrate has ordered that the owners of houses, buildings, hotels, lodgings, private guest houses, and paying guest accommodations of religious bodies should strictly verify the antecedents of all persons before letting out their premises on lease or rent. The Goa Congress has taken objection to this move.

"If the government believes that the intelligence inputs are true, then casinos are the most vulnerable to become terror hideouts, where government security personnel do not have free access," Goa Congress chief spokesman Trajano D'Mello told the PTI.

Congress is suggesting that the casinos should also be shut for 60 days if the authorities were concerned about the terror threat.