Cops try to break up Tiranga rally in Hyderabad

Cops try to break up Tiranga rally in Hyderabad 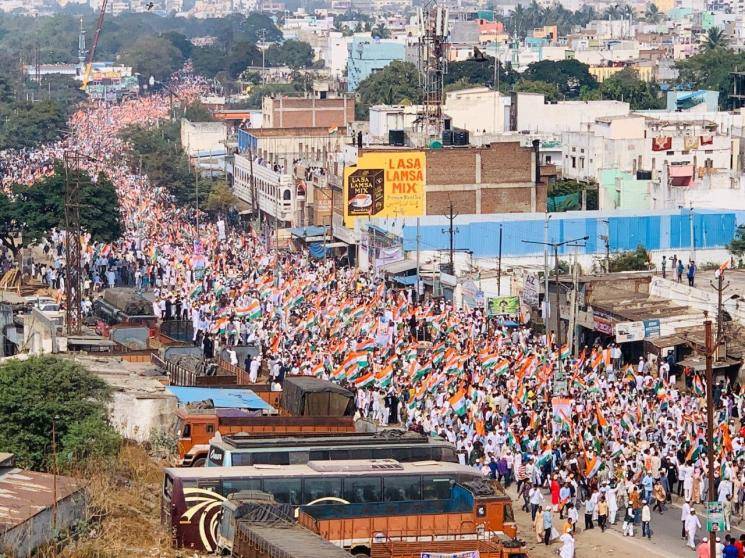 Hyderabad: After Delhi, Uttar Pradesh and Gujarat, the Hyderabad police have now come under flak for trying to instigate violence in peaceful protest march against the CAA. A video showing a top cop beating up a Muslim man chosen at random has been doing the rounds on the social media since Friday evening, amassing condemn online.

According to sources, Hyderabad planned for a peaceful rally, termed the 'Tiranga rally' on Friday. Like the Millenium march which preceded it, the march was peaceful and drew heavy crowds. however, there was an incident of violence, mostly blamed on the protesters. A day later, the Twiteratti found a video of Hyderabad DCP Avinash Mohanthy, where he is seen to get down from his car and begin beating a man in the march with no provocation. The cop had walked a few steps, avoiding women and some other men to target a man who was dressed in kurta pajamas with a skull cap on his head. The protesters are accusing him of trying to instigate violence and also exclusively targeting a Muslim "by judging him through clothes".

The volunteers can be seen guiding the march and asking them to make the way for the patrol! pic.twitter.com/ZtxMX6SDBL