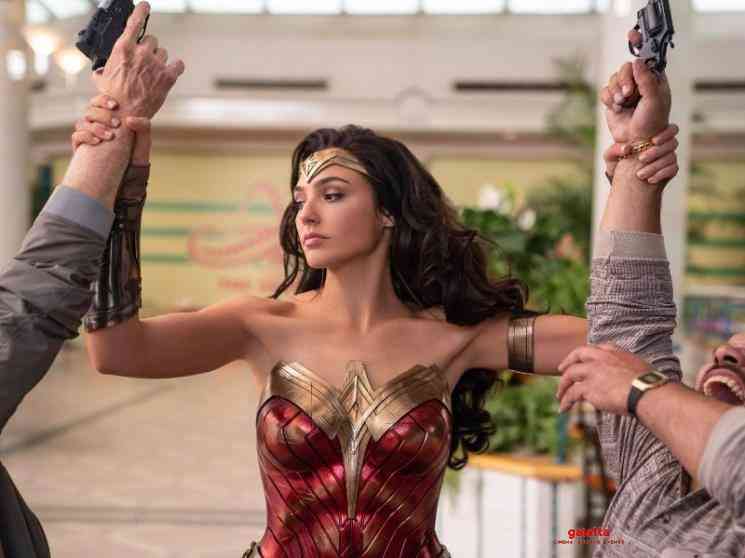 One of the big upcoming films that has kept fans hooked with anticipation in regard to its release plans has been the Gal Gadot starrer Wonder Woman 1984. The next in the DC Extended Universe (DCEU), the sequel to the 2017 global blockbuster Wonder Woman, has been a subject of big debate as the coronavirus pandemic had forced major Hollywood studios to reshuffle the plans for their films' release in theatres. Having said that, WarnerMedia CEO Jason Kilar in a detailed statement announced that Wonder Woman 1984 will be releasing on December 25, 2020 in theatres and also be available at no extra cost the same day on the streaming service HBO Max in the US for the first month of the film’s release. Furthermore, it has also been revealed that the film will hit theaters in other countries a week earlier starting on December 16.

Directed by Patty Jenkins and also starring Chris Pine, Kristen Wiig, Pedro Pascal, Robin Wright and Connie Nielsen, with music scored by Hans Zimmer, Wonder Woman 1984 has so far had five release delays after being initially announced to come out on December 13, 2019, before being moved up to November 1, 2019. The film was then delayed to June 5, 2020 and pushed again to August 14, 2020 due to the COVID-19 pandemic. A further delay due to the coronavirus crisis saw the film's release being once again postponed to October 2, 2020 after which Warner Bros. announced it for a Christmas Day release.

"Today we announced that Wonder Woman 1984, the eagerly anticipated tentpole film by Patty Jenkins -- with Gal Gadot and Chris Pine reprising their roles as Diana Prince and Steve Trevor -- is going to be released worldwide in theaters on December 25th. In the United States, we will also be making this remarkable movie available on HBO Max at no extra cost the same day that Wonder Woman 1984 premieres in theaters, for the first month of the film’s release.

For a movie of this scale, this is unprecedented. Given that, we wanted to share some context.

There are many things that factor into a decision like this:

Our belief in the theatrical experience and, to that end, the importance of exhibitors.

Our mission to be strong and supportive partners to Patty, Gal, producer Chuck Roven and the entire Wonder Woman 1984 team.

We are, of course, in an extraordinary moment. This entails a patchwork of regulations, geographic considerations and, most importantly, fan preferences. With that in mind, we see an opportunity to do something firmly focused on the fans: give them the power to choose between going to their local cinema or opening on HBO Max. Super-fans will likely choose both. This incredible movie will be available both ways on the exact same day. If you are fortunate to live in a place where theaters are open, we believe we are offering a great option given the Cinema Safe protocols our partners have put in place. With this, exhibitors are offering a movie-going experience with social distancing, masks, cleaning and ventilation protocols. On the other hand, if you and your family prefer to stay in and make your own popcorn this holiday, we want to share the experience of Wonder Woman 1984 with you the exact same day on HBO Max. It’s your decision to make.

We are committed to the theatrical experience and we believe giving exhibitors a movie of this nature is important right now. We believe in theaters because hundreds of millions of fans around the world value going to the movies. And for as long as fans seek out the theatrical experience, we will be there to serve them with great movies in partnership with exhibitors. Collectively, the fans get to decide these things, as they should.

Getting back to Wonder Woman 1984, we believe this decision will bring several benefits. The first and most important benefit is to the fans in the form of unprecedented choice from day one. The second benefit is to the exhibitors, providing an eagerly anticipated movie at a much-needed time while they take precautions in their operations. Finally, we believe that our creative partners and ourselves will benefit from this decision, in the form of fan response both theatrically and via HBO Max in the U.S.

I find it fascinating that we will be measuring the performance of this movie in an entirely new way. To use a line from The Wizard of Oz, we’re not in Kansas anymore. While we will pay attention to theatrical revenues, our expectations are clearly adjusted due to COVID-19. In parallel, we will be paying close attention to the numbers of families and fans diving into HBO Max, as we certainly anticipate that a portion of fans will choose to enjoy Wonder Woman 1984 that way on opening day and beyond. To provide a comparable, a little over four million fans in the U.S. enjoyed the first Wonder Woman movie on its opening day in 2017. Is it possible for that to happen again this Christmas with Wonder Woman 1984 between theaters and HBO Max? We are so excited to find out, doing everything in our power to provide the power of choice to fans.

Many of us could use an uplifting story this holiday season. We think we have that and more in WW84. We believe audiences are going to love every minute of this great movie this holiday season and we are looking forward to sharing it in this unprecedented way."